Vettel: Let us do what we want 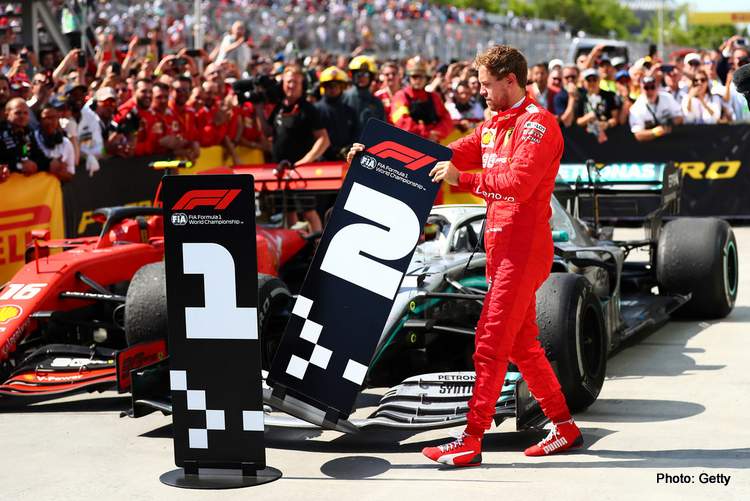 Sebastian Vettel suggested Formula 1 burn its rule books after his Ferrari team’s bid to overturn the controversial penalty he received during the Canadian Grand Prix was rejected by the FIA appointed race stewards on Friday.

The indignant four-time world champion said he was not surprised at the outcome of a stewards hearing at the French Grand Prix, but hit out at the stifling bureaucracy in his sport, “I think we have so many pages in our regulations that if you want I think you’ll find a paragraph that suits.”

“We obviously don’t share the opinion of the stewards during the race. We thought we could bring something new. Obviously, now, it’s disappointing that it doesn’t go any further, but that’s it. You have to move on.”

The German star added: “Let us do what we want. If you are unhappy with how we race and how we drive, then build different tracks. It’s as easy as that.

“We have car parks with lines and kerbs on it. It is what it is and as I said there are too many paragraphs – but what do you change? I hope they just burn the papers.”

Vettel won the Canadian Grand Prix on the road ahead of Lewis Hamilton of Mercedes, but after the application of a five-second penalty was demoted to second.

He was penalised for making an unsafe re-entry to the race after going off across a strip of grass and returning in a manner that forced Hamilton to take avoiding action.

Ferrari initially lodged notice that they would appeal the stewards’ decision in Montreal, but withdrew it. Later, they decided to seek a review of the incident, claiming they had new evidence, but at Friday’s hearing, convened by the Canadian stewards, this was rejected.

“Everybody is to blame,” said Vettel. “The problem is we are hurt with these things. I think they started a long time ago. Did he cross the white line? Or use too much kerb? Let us do what we want.”

Asked if he was poised to retire, he said: “Retire! At least I know I am not in trouble again. I’m joking. I don’t really care.”

Ferrari team chief Mattia Binotto said the decision marked a day of disappointment for F1, “I think that no doubt, as Ferrari we are all very unhappy and disappointed.”