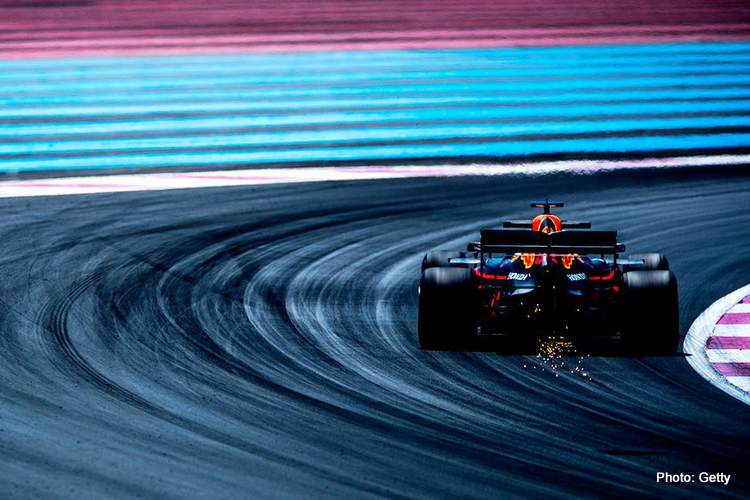 Christian Horner has hinted that Red Bull might have a joker in their Honda package ahead of qualifying for the French Grand Prix, the team boss revealing that the Blues have yet to turn up the horsepower.

Asked by Sky F1 how the new Spec-3 engine was panning out, Horner replied, “All ok at the moment. The numbers are coming through on the car as expected.”

“Engine-wise, we have run pretty safe so far so we’ll get to see a bit more this afternoon in qualy when you take the fuel out and turn it up. We will see where we are at.”

With what they unleashed for Max Verstappen and Piere Gasly in FP3 was good for fifth and sixth respectively, but a whopping 1.3 seconds shy of the benchmark at power-friendly Circuit Paul Ricard. Suggesting they are keeping their powder dry for when it matters in Q3.

Horner added, “We are trying to push the engine harder in that area of qualifying and that’s where a lot of focus and effort is going in to. It will be the next engine that sees a step in that area.”

Honda themselves were optimistic heading to Circuit Paul Ricard, “Our test bench data shows a power increase over the previous version of our PU, however we know that we have not yet matched the figures from the manufacturers currently leading the championship.”

While Mercedes are well up the road, with Ferrari within a second, which is still an age in F1 but the fact that Max Verstappen believes he can mix it with the red cars suggests they have a handy Party-Mode for qualifying. Time will tell…