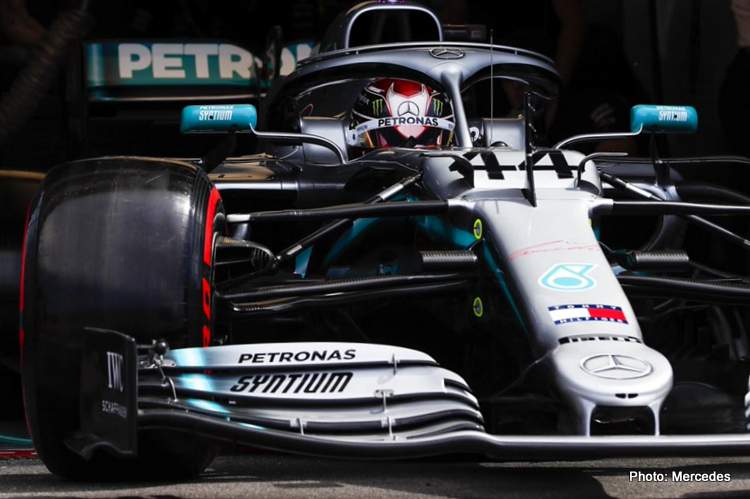 In a sad testament to the state of play in Formula 1 in this era, world championship leader Lewis Hamilton believes that Sunday’s race will be an exercise of lift-and-coast largely tyre related.

Amid growing resentment of the fact that F1 is dictated by the tyres which Pirelli provide for each grand prix from a range of five compounds that are labelled soft, medium hard for each race.

These days, maximum performance in F1 depends on the tyres and getting them into the ideal operating window, Furthermore, their durability rewards a more conservative approach rather than allowing drivers to push hard all race long. So much so they hardly break a sweat after a couple of hours in the cockpit.

Hamilton, winner at Paul Ricard last year, told reporters after the first day of the French Grand Prix weekend, “The tyres, even though we have the soft, they are pretty hard. For a single lap, they’re really hard and not easy to get in a working range for all corners.”

“Then on the long run, they don’t like the heavy car, they grain quite heavily and quite easily so I don’t think you’ll be going very far on them but the medium and hard look quite resilient to that.”

“The track was 55 to 60C which is the highest we’ve seen this year. I would hope that would mean we could do more than one stop, but these tyres are so hard, that we’ll just end up doing one stop for sure.”

“Plus the pit lane is so slow, no one wants to lose 27 or 28 seconds or whatever it is so they will eke out those tyres. So I’m not expecting to see the most exciting of duels out there because people are trying to make [the tyres] go as far as possible, so there will be lots of lift-and-coasting.”

But Hamilton’s predictions are contrary to what Pirelli boss Mario Isola claimed ahead of the race weekend at Paul Ricard, “Our tyre choice this weekend is slightly more conservative than the 2018 soft, supersoft and ultrasoft tyres that we brought to France last year, as the supersoft is no longer part of the 2019 range.”

But predicted optimistically, “Consequently, the drivers should be able to push hard from the start to the finish of each stint.”

Sunday will reveal who was correct and who got it wrong. Watch this space.

Big Question: What is the solution to prevent lift and coast races?