Toro Rosso: We’re a little further back than we expected 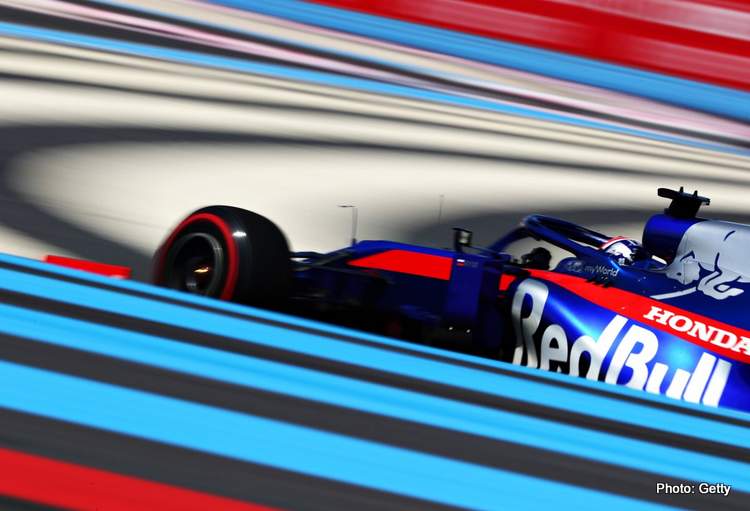 Toro Rosso report from day one of the French Grand Prix weekend, Round 8 of the 2019 Formula 1 World Championship, at the Circuit Paul Ricard in Le Castellet.

Alex: “Today wasn’t the easiest day for us. We made a very good step from FP1 to FP2, although it was hard to get a full understanding of where the tyres were because the track was so hot today. We’ll have a look into the data we gathered and see where we can improve for Qualifying. As always, it’s very close in the midfield, so we need work hard to find those extra tenths of a second to get us into Q3 tomorrow.”

Daniil: “All in all, today wasn’t too bad as we had a productive day. Even though it wasn’t easy to understand everything about the tyres, we still managed to learn quite a lot. FP2 was pretty clean and we were able to get a few things done to see where the car is. For me, the focus was mainly race preparation, but we completed a few short runs as well to see how the car performs in those conditions. I think today we covered everything we needed to, now we need to understand what we can do to improve the car further.”

Jonathan Eddolls, Chief Race Engineer: “It looks to be a very hot weekend in Paul Ricard and this is not giving the tyres an easy time, which were struggling in the heat and proved to be the main topic of the day. We expected a good chance of high track temperatures and difficulties in getting the C4 to work well here given that it’s a lower working range compound, even over a short run.

“We took the decision to fit the new Spec 3 PU from Honda this weekend on Daniil’s car, which is his fourth PU of the season, so the tyre choice was not ideal since he will be starting from the back of the grid. Both cars struggled for grip and balance at the start of FP1, particularly with the tyres overheating, but we made a number of changes during the session which helped improve the car for FP2.”

“As it’s a less conventional weekend for Daniil, we were able to run two Option tyres at the start of the afternoon session to learn about the car rather than trying to set the ultimate lap time. For Alex, it was a more straight-forward session, and actually, the Prime tyre which has a higher working range, performed as well as the Option over the short run as it was more suited to the conditions in FP2.

“As we say most weekends, it’s looking extremely tight in the midfield again, and every fraction of a second we can find for Qualifying will make a difference. We are a little further back in the classification compared to where we expected to be, so the plan for tonight will be to review all of the data and fine-tune the car for tomorrow and the race.”

Plenty of colourful lines, but there's only one racing line! 😎 #FrenchGP 🇫🇷 pic.twitter.com/5D9K7c2HUE