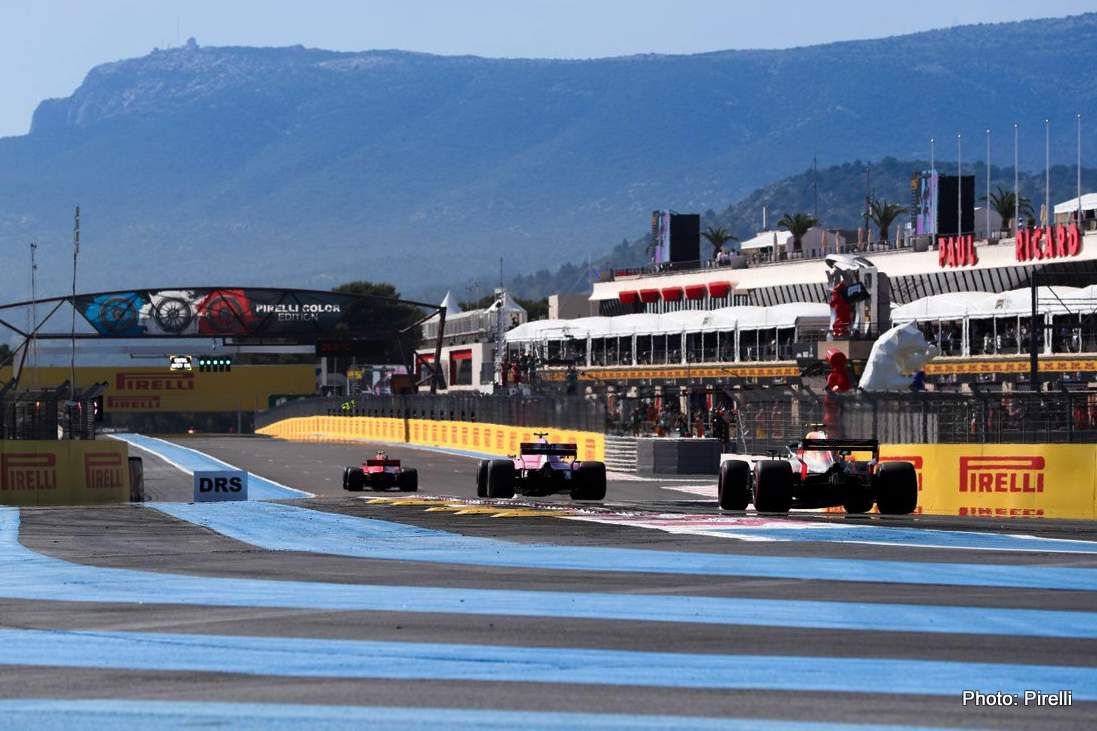 Pirelli report from day one of the French Grand Prix weekend, Round 8 of the 2019 Formula 1 World Championship, at the Circuit Paul Ricard in Le Castellet.

What we learned from FP1 & FP2

Mario Isola, Head of F1 & Racing: “The remarkable thing about today’s session was the fact that Lewis Hamilton set his fastest time on the medium tyre, as opposed to everyone else who set their best time on the softs, as is usual for a Friday.”

“This means that there’s a strong chance of seeing these medium tyres in Q2, with some drivers perhaps using them to start the race on. There was a high degree of track evolution, with the circuit being very slippery this morning.”

“This caused the cars to slide a lot, as a result of which we saw some graining. In warmer temperatures and with more rubber on the track, this phenomenon was progressively reduced, to the extent that the fastest FP2 time was more than 1.5 seconds quicker than last year. We anticipate seeing the lap times get even quicker tomorrow, as they have done throughout the season to date.” 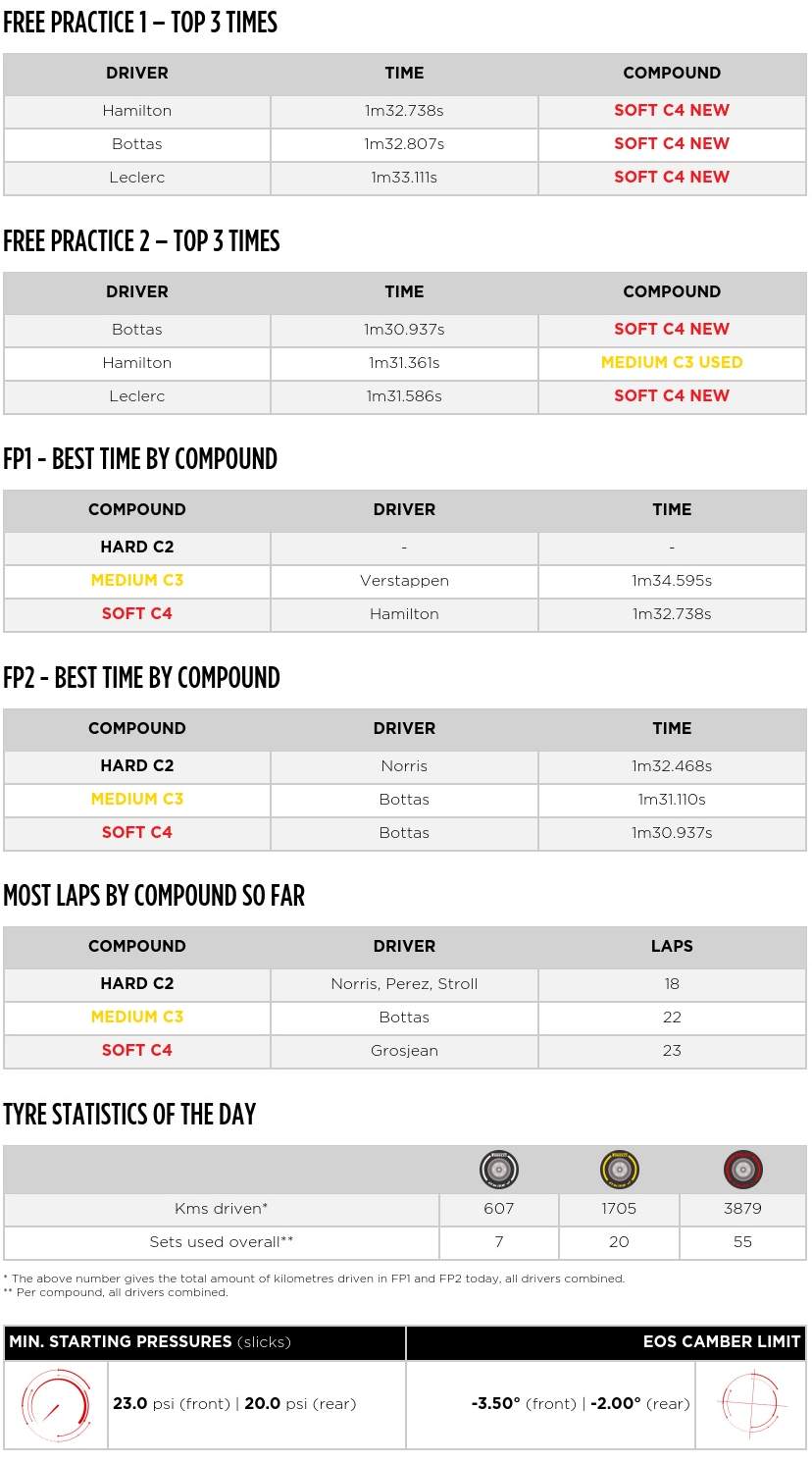 Times are looking quicker now in warmer temperatures and with track rubbered in. Top time halfway through #FP2 is from @ValtteriBottas: 1m30.937s. Last year’s best #FP2 time was 1m32.539s #FrenchGP