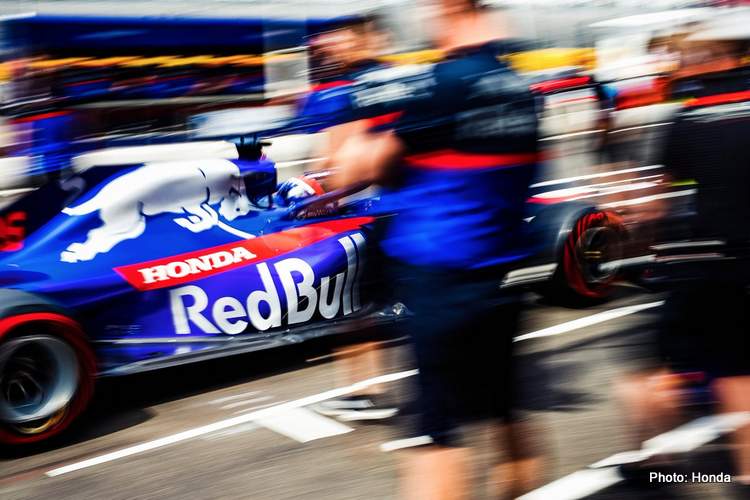 A productive day of free practice for both Aston Martin Red Bull Racing and Toro Rosso leaves us with plenty of data to work through at the French Grand Prix.

Both Red Bulls and Daniil were running the updated power unit on Friday, and the new specification ran without issues as we enjoyed a competitive start to the weekend.

Max was fourth fastest in FP1 with Pierre in sixth, and Alex – still on the previous spec – made it three Honda-powered cars in the top ten. Daniil ended up 14th in the first session and followed that up with 15th in the afternoon as he completed the most mileage of any driver in FP2.

Ahead of him, Alex was 13th but just 0.05s away from gaining two further places in the closely-matched midfield, while there was an even smaller gap further up the standings as Pierre in eighth – two places behind Max – was only 0.016s adrift of finishing directly behind his team-mate.

We will now work through all the information gained from the two practice sessions to optimize the power unit for the Circuit Paul Ricard ahead of final practice and qualifying on Saturday.

Toyoharu Tanabe, Technical Director: “Today, we ran the Spec 3 PU on all of our cars with the exception of Albon’s. He continued with the Spec 2 as it was decided not to have both Toro Rosso cars penalised for use of a fourth PU.”

“We experienced no major issues and the day went smoothly, as we worked on finding the best settings for this latest PU update. Now we must study the data in detail overnight, before continuing to fine tune the settings in the final free practice.”