The FIA have rejected Ferrari’s right to review the Sebastian Vettel’s Canadian Grand Prix time penalty after the Italian team presented what they claimed was new evidence.

The Italian team sent former FIA man Laurent Mekies to argue their case, but a few hours after he presented the ‘new’ evidence the race stewards ruled: There no significant and relevant new elements which were unavailable to the parties at the time of the competition concerned.

Additional evidence supplied by Ferrari was in the form of video and images, including Sky F1 pundit Karun Chandhok’s observations after the race. But these were dismissed as a personal opinion and not considered to be hard facts.

But this was not enough to sway the stewards, and thus Vettel’s error under pressure from Lewis Hamilton indeed cost him victory as the Mercedes driver will retain maximum points for his efforts in Montreal.

Earlier Ferrari and Vettel told media at Paul Ricard that they had information that could exonerate them and needed to be presented, but officialdom did not see it their way this time around. 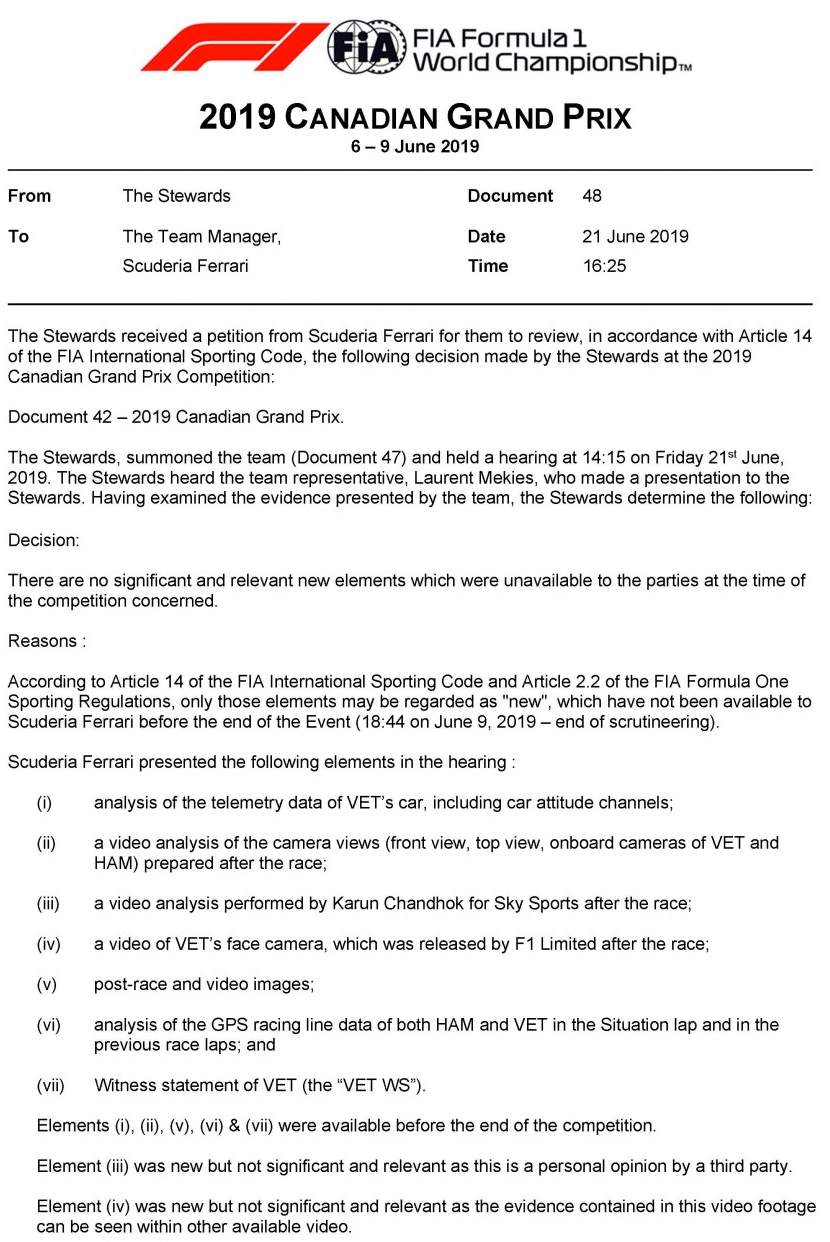