Pirelli: Drivers can push hard from start to finish in France 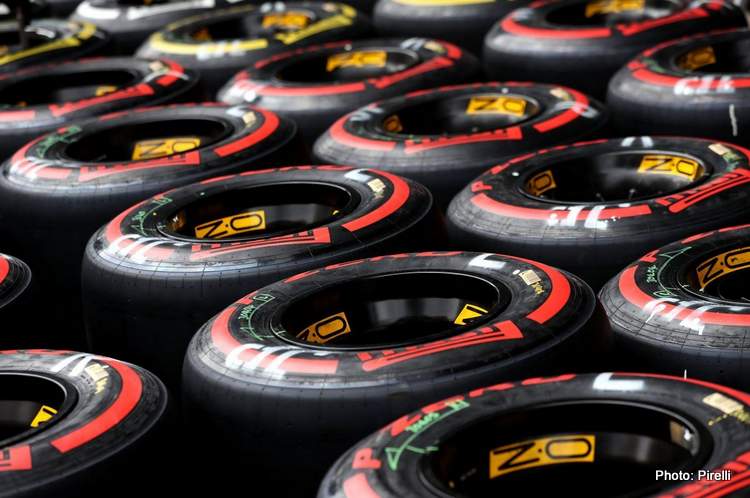 The French Grand Prix at the Circuit Paul Ricard near Marseille is being run for only the second time since it re-appeared on the Formula 1 calendar last year.

Pirelli will bring the C2 compound as the hard, C3 as the medium, and C4 as the soft tyre: the same nomination as Australia, China, and Azerbaijan. France, followed by Austria the next weekend, also marks the first of five back-to-back race pairings this year.

Mario Isola, Head of Car Racing, “Our tyre choice this weekend is slightly more conservative than the 2018 soft, supersoft and ultrasoft tyres that we brought to France last year, as the supersoft is no longer part of the 2019 range. Consequently, the drivers should be able to push hard from the start to the finish of each stint.

“Along with Barcelona and Silverstone, we used the thinner gauge tyres in France last year, so we can again make a direct comparison about how the cars have evolved from 2018. Although a large part of the circuit has been re-asphalted, it should not make much difference to the track’s characteristics.

“With this being only the second time at the circuit, teams still do not have a full complement of data, so we will see plenty of learning. We have already used Paul Ricard for testing this year, but that has been on a much shorter, separate configuration rather than the full grand prix circuit”. 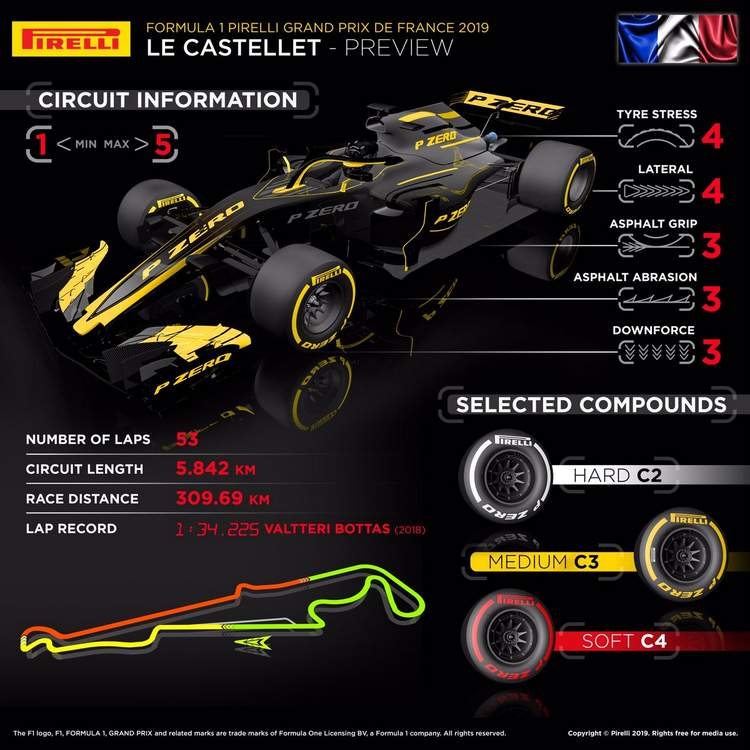 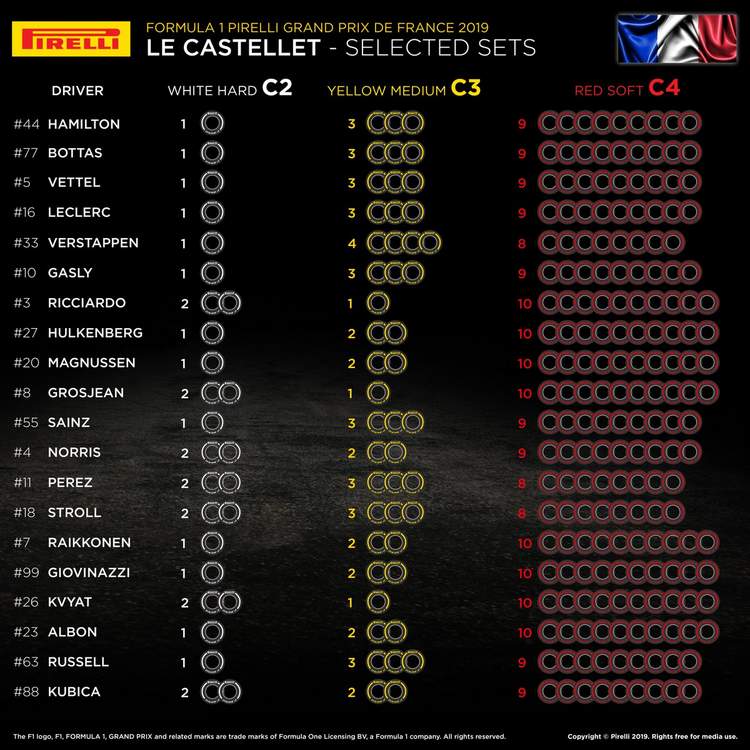