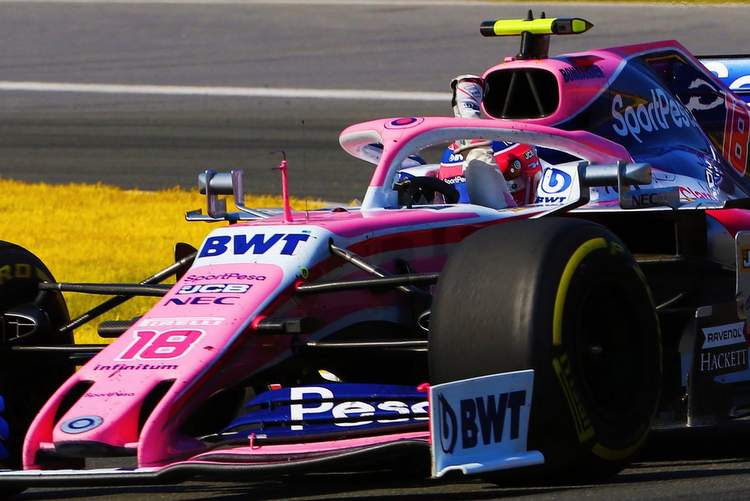 Racing Point preview the French Grand Prix weekend, Round 8 of the 2019 Formula 1 World Championship, at the Circuit Paul Ricard in Le Castellet.

Lance Stroll: “I’m feeling good heading into this weekend. The performance we had in Canada on race day gave us all a boost and I really enjoyed it. I always say it’s Sunday that counts so to come back and score points in my home race after such a tough Saturday felt really special.

“The Paul Ricard circuit is almost the other extreme from Montreal. There are massive run-off areas and it’s a very different experience. That’s not something I enjoy because if you run wide, you can get away with it quite easily. It’s just less of a challenge for the drivers. I remember last year it was really hot and the forecast looks similar this year.

“I visited Paul Ricard when I was racing in Formula 3, but my memories of last year’s F1 race are not great. I had a puncture in the race and it wasn’t my weekend so I hope my luck changes this year.”

Sergio Perez: “It’s been a busy time since Canada. I spent a few days in the factory working with the engineers and doing simulator work for France. It’s a circuit that is challenging because there are quite a few different racing lines you can take through the corners and it’s not easy to know which is the best one to use.”

“My favourite part of the lap is turn 11: the double right-hander with a double apex. You feel the car compress through the corner and it’s a really enjoyable part of the lap.

“It’s still a new race and I need to explore the area properly. It was great to see how many fans came last year. It’s important to race in countries that love our sport. I remember there was lots of interest and good energy from the fans, even though there was a lot of traffic.

“My advice to the fans is to bring their rain jackets because there’s always a risk of rain. There was a big storm just after the race last year when everybody was trying to leave the track.”

Otmar Szafnauer, Team Principal: “This weekend’s race in France means we’ve already done a third of the season. We’re sitting in sixth place in the championship and have scored points in five out of seven races.

“It’s very tight in the midfield and I can see the fight going all the way to the last race. That’s why it’s paramount that we continue scoring points consistently. It’s fair to say race pace has been our strength, while we need to improve our qualifying performance.

“We have taken some good steps forward with the car since the start of the year and there’s plenty more upgrades in the pipeline too. When the middle of the grid is separated by tenths of a second, you’ve got to bring performance steps to the track as soon as you can and that’s our focus in the lead up to the summer break.”