Giovinazzi to be awarded the Trofeo Lorenzo Bandini 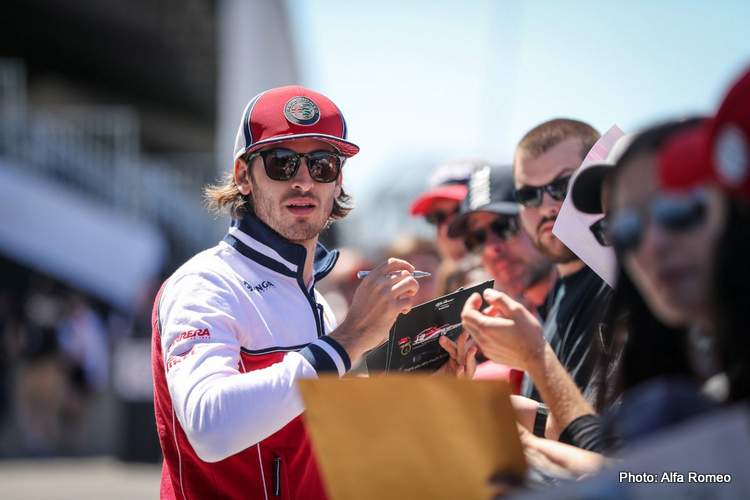 Alfa Romeo confirmed that their Formula 1 rookie Antonio Giovinazzi is set to receive the Trofeo Lorenzo Bandini this weekend, joining a list of great drivers including World Champions who received the prestigious award since it was established in 1992.

Bandini was killed at the 1967 Monaco Grand Prix when he lost control and crashed while in second place. His Ferrari landed upside down on the straw bales which caught fire with the driver trapped inside. Three days later the Italian died as a result of third-degree burns.

The award hosted by his hometown – Brisighella – honours his memory annually. Last year Valtteri Bottas was the recipient.

Alfa Romeo Racing driver Antonio Giovinazzi will receive the Trofeo Bandini award, while our fans will have the chance to witness the power and passion of our Formula 1 car as our team descends on Emilia Romagna this Saturday.

Antonio Giovinazzi will be awarded the prestigious award in the Italian town of Brisighella on Saturday 15th, adding his name to a list of legends of Formula One.

The first Italian driver in motorsport’s pinnacle series since 2011, Antonio ­will join a selected group of hallowed names as he steps onto the stage where the likes of Michael Schumacher, Fernando Alonso and Kimi Räikkönen have received this accolade.

More than 15,000 fans are expected to be lining the streets as the man in car #99 will drive his Alfa Romeo Racing F1 car on the open roads, from Piazza del Popolo in Faenza at 3pm to Piazza Carducci in the centre of nearby Brisighella.

The car will then remain on show in the square for the public to gawp at. It’s a golden chance for local fans to see one of our cars in action up close – in a very different setting from the circuits these cars usually run on.

In addition to Antonio, several members of the Alfa Romeo Racing team will also receive important acknowledgements on the day. Among the winners of these awards are Technical Director, Simone Resta; Head of Track Engineering, Xevi Pujolar and Head of Aerodynamics, Jan Monchaux.

The awards are in recognition of the incredible work the winners, and the team as a whole, have been doing in the last twelve months.