Hakkinen: I would have done exactly what Vettel did 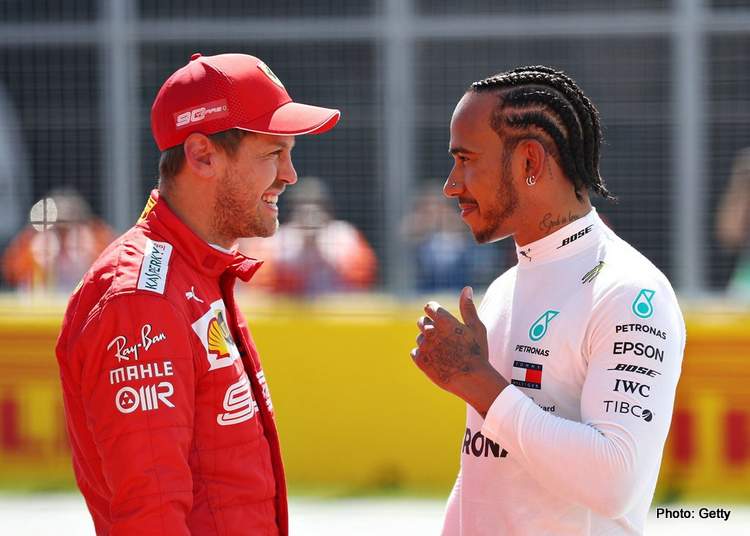 Double Formula 1 World Champion Mika Hakkinen has called for the sport’s authorities to learn from the Sebastian Vettel penalty saga in the wake of a controversial Canadian Grand Prix.

Just about everyone has weighed into the debate that has split opinions across the spectrum of the F1 community, with World Champions on opposite sides of the fence, some slamming the penalty while others hailed it as the right decision – fans aligning accordingly.

Echoing exactly what race winner Lewis Hamilton said of the incident, Hakkinen wrote in his UniBet column that he would have done the same thing that Vettel did when his racer’s instinct kicked in as the Ferrari driver recovered from yet another glaring mistake while under pressure, this time in Montreal

“The one thing I can say for certain about the Sebastian Vettel incident during the Canadian Grand Prix is that I would have done exactly the same thing. So would any racing driver.

“When something goes wrong, our instinct is to make a fast recovery and keep the other guy behind. It’s completely normal, and what our competitors expect.

“The Montreal track drops down to Turn 3, and as you drop downhill you turn right, then left into Turn 4. It’s fast, and you need to be precise because the circuit is narrow – more like the feeling of a street circuit due to the proximity of the walls.

“When Vettel felt the rear of the car slide, forcing him off the track, a lot of things happened very quickly.

“The surface of the tyres are basically molten rubber, so Sebastian knew that every piece of grass, dirt and stone would be sticking to them. He also knew that when he bounced the car back on to the track he would be on the dirty part of the circuit, and therefore picking up more dust, dirt and rubber ‘marbles’.

“His first priority would have been on getting the car back onto the racing line in order to find better grip and clean the tyres up, and he did this after correcting a big slide.

“In heading back towards the racing line, Sebastian would also have known that Lewis Hamilton was coming up behind him, so the second priority was to stay in front of the Mercedes. Again, entirely normal behaviour for someone who wants to win the race.

“It is important to consider that Lewis Hamilton could see what was happening and would have prepared for it. When you see a car go off in front of you, you quickly work out where it is likely to rejoin the track and then position your car to try and overtake.

“Some people are saying that Lewis could have exited Turn 4 by going to the left of Sebastian’s Ferrari instead of right, but that makes no sense. The racing line, when going flat out, takes you to the right-hand side of that track.”

“Lewis knew he would either have to overtake or brake to avoid a collision. In the end Lewis had to back off.”

Hamilton immediately got on the radio and complained about Vettel’s waywardness. Not long after the five-second penalty followed and with it a massive explosion of polemics as the Ferrari driver crossed the line first but was demoted to second place thanks to the FIA race stewards’ decision to penalize him for rejoining the track unsafely, killing what might have been a cracking 20 final laps.

Hakkinen continued, “The penalty given to Sebastian ruined the race, and left me wondering if the Stewards could not have examined it in more detail together with the drivers and teams afterwards before making a considered decision. At least the TV viewers and spectators would have enjoyed a battle until the end of the race rather than realising it was all over.

“The two cars did not touch, there was no collision. Sebastian and Lewis did what they had to do, gave each other just enough room, and then continued racing.

“The Stewards had a tough decision to make, and the rules are clear. Sebastian was either out of control when he rejoined the track, and therefore unsafe, or in control and blocking Lewis. Considering these two options, the Stewards had to apply a penalty.

“There is third possibility to discuss, however, which is that Sebastian was defending his lead. He was positioning his car in precisely the same way that Lewis positioned his Mercedes around Monaco two weeks ago in order to keep Max Verstappen behind.

“When I look back at my racing career in Formula 1, I think Michael Schumacher and I had more freedom to race. Maybe there were not so many cameras picking up everything that we did. There would have been a lot of five-second penalties, or worse, if we had been racing with today’s rules.

“The FIA has done amazing work in order to make the sport so much safer, while the Stewards have a tough job to do, often under a lot of pressure. However, I do think that the drivers, teams, FIA and Formula 1 itself need to work out how to let drivers race, recognising that sometimes you need to be realistic and think about the sport’s reputation.

“No one was happy on Sunday. The penalty ended the battle for the lead, and penalised everyone watching Formula 1.

“Earlier this year the World Championship lost its long-time Race Director Charlie Whiting and, whilst Charlie was not in charge of the Stewards, he did influence the governance of the sport. He attended every race, knew every driver, and could be very practical with his decisions. Having someone like Charlie made the driver meetings very productive.

“As a result, I think perhaps it is time for Formula 1 to consider the possibility of appointing three permanent Stewards, perhaps with a driver acting as a fourth Steward or advisor. I am not questioning the ability of the Stewards in Canada, but the sport might benefit from having the same people to regulate each Grand Prix.

“Although Ferrari is set to appeal the Stewards’ decision, in reality most of us expect that Mercedes will keep the win. This means that with one-third of the season gone Mercedes has won every race, with a car that looks quick everywhere and a driver line-up that is closely matched as well as consistent.

“A new race winner will emerge at some point this year, but the Canadian Grand Prix penalty has postponed that moment for now. I think the whole of Formula 1 is worrying about how long we will have to wait,” concluded Hakkinen.

[Note: Since this piece was written Ferrari are unlikely to appeal through the current protocols.]