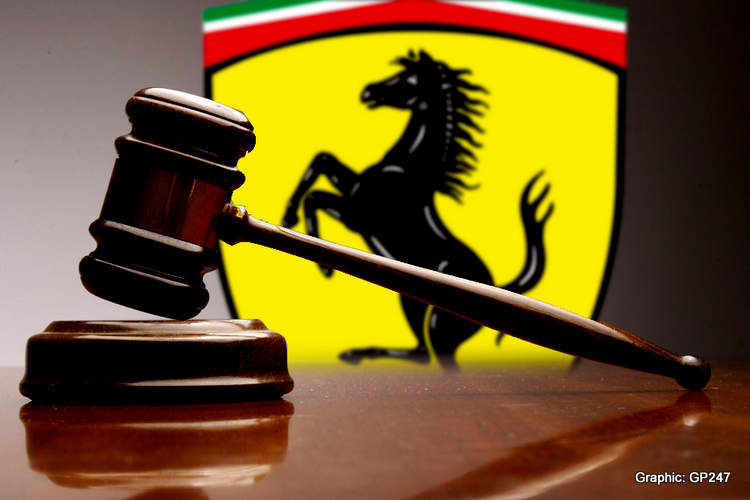 Ferrari will not formally appeal the penalty that cost Sebastian Vettel victory in the Canadian Grand Prix, sources close to the team said on Thursday, but could still seek a review of the decision by presenting fresh evidence.

The deadline for the Formula 1 team to lodge a formal protest is Thursday evening, 96 hours after the end of the race in Montreal.

A Ferrari spokeswoman said they were still working on collecting evidence, and could not confirm what action was being taken.

A source at the governing International Automobile Federation (FIA) told Reuters the team would not be making a formal appeal.

The Daily Mail newspaper earlier reported that Ferrari principal Mattia Binotto had written to the FIA to say the team would not protest the five-second penalty applied to Vettel’s time after the race.

The team had given notice of their intention to appeal on Sunday, with Vettel leading from start to finish but losing out to Mercedes’ championship leader Lewis Hamilton after the chequered flag.

“They are stealing the race from us,” Vettel, a four times world champion, had said over the radio when told he was under investigation for going off track and returning in what was deemed to be a dangerous fashion, forcing Hamilton to take evasive action.

The stewards’ decision triggered an immediate controversy with some defending the penalty while others felt the officials had killed off an exciting race by over zealous application of the rules.

Some ex-drivers, who felt Vettel could have done nothing different, questioned whether the current rules were fit for purpose with Formula One trying to encourage better and more entertaining racing.

“He stayed ahead the entire race, he crossed the chequered flag first, for us he’s the moral winner. We won today,” said Binotto at the time.

The sporting regulations do not allow for in-race penalties to be appealed but Ferrari could still seek a review of the stewards’ actions under article 14.1.1 of the FIA’s International Sporting Code.

This allows for further action in the event of any “significant and relevant new element” coming to light that was not available to those seeking the review at the time of competition.

If Ferrari followed that course, they would have 14 days since the publication of the final race classification to produce fresh evidence.

The stewards then have sole discretion to determine whether such a significant and relevant new element existed, with their decision final.