Wolff: The race stewards’ decision must be respected 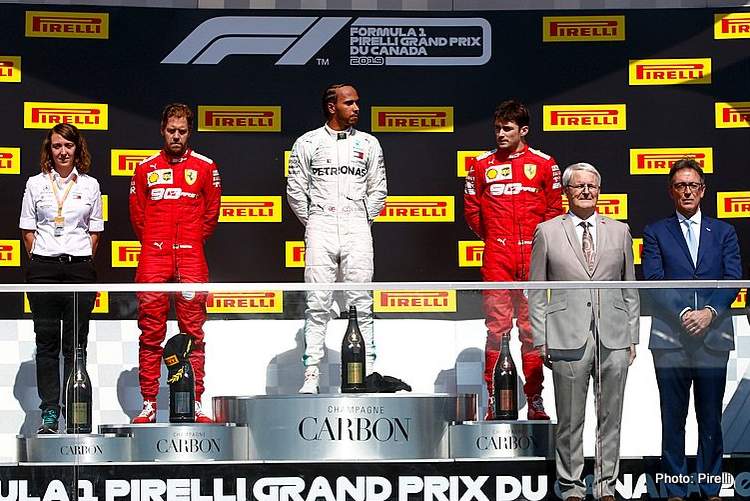 Sebastian Vettel’s fury at being denied victory in at the Canadian Grand Prix by FIA appointed Formula 1 race stewards was a natural reaction but the officials have to be respected, Mercedes team boss Toto Wolff said on Sunday.

Ferrari’s Vettel led the race from pole to chequered flag, apart from pitstops, but was demoted to second place by a five-second penalty.

The German made an error on the limit and went off the track on lap 48, running across the grass before rejoining and forcing off Mercedes’ Lewis Hamilton, the championship leader and eventual winner.

Vettel vented his anger over the team radio after the penalty was announced and moved the winner’s number one board from in front of Briton Hamilton’s parked up car in the pitlane, replacing it with a number two.

“If it had happened to me I would have kicked the damn board and thrown it against the car,” said Wolff, whose team have now won the first seven races of the season.

“Emotions are logical and are good for the sport and I think it is one of the typical decisions that is a controversial one,” added the Austrian.

“I am of course biased for Mercedes and I say there is a rule that says you need to leave a car’s width when you go off the track and I think his instinctive reaction was ‘I need to protect that position’ and maybe that was a tiny bit too far.”

Wolff said he was surprised by the race stewards’ decision but also defended them.

“I think the stewards up there need to be people that need to be supported. There is Emanuele up there, it doesn’t go any more professional and experienced than Emanuele. I think they’ve looked at the incident and that needs to be respected. We shouldn’t ignite it even more.”

Verstappen was handed a five-second penalty for that unsafe release.

“I think the five seconds was a bit lenient. We didn’t complain about it, you just take it. Sometimes decisions go against you, sometimes they go in your favour,” said Wolff.

Ferrari said later on Sunday that they intended to appeal the Montreal stewards’ decision.