Red Bull: Not the results we were looking for 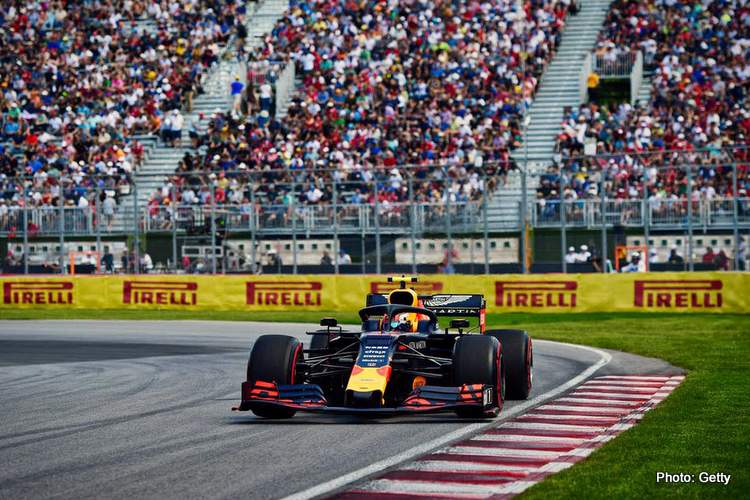 Red Bull report from the Canadian Grand Prix, Round 7 of the 2019 Formula 1 World Championship, at Circuit Gilles Villeneuve on the Île Notre-Dame in Montreal.

“It was a controlled drive today. We stayed out of trouble at the beginning of the race and there was not much more I could do in the closing stages. I did a very long first stint which worked quite well to clear the traffic and once we pitted I quickly cleared the Renault’s. From there I pulled away and was able to focus on my own race but we were not quick enough to catch the leaders. It was at least fun doing a bit of overtaking and we scored good points again but I think realistically fifth was where we expected to finish. It was not our weekend and I would of course like more but we have to work hard now to try and close the gap at the next race.”

“It was a pretty difficult day but the car actually felt quite good so it is disappointing to finish where we did. We expected to be stronger than this. We struggled with traffic and had to save the brakes, which compromised us a bit, and I of course wanted to finish better than this. We need to analyse everything and see what we can improve but I also need to work hard before the next race. I hope we can find more pace and come back stronger for my home race.”

Christian Horner, Team Principal: “Another strong race and a good recovery drive for Max today progressing from ninth to fifth. He lost quite a bit of time in the early laps clearing traffic but running long on the hard tyre was a strategy that worked well.”

“He managed a small brake issue in the last few laps but finished the race comfortably in P5. With Pierre we tried to get the undercut on Daniel during the pit stop, we nearly made it, but he unfortunately got stuck behind Stroll which pretty much ended his race, allowing Hulkenberg to sneak ahead.”

“Fifth and eighth were not the results we were looking for but heads down and the focus is on Paul Ricard.”