Alfa Romeo: No points but our spirits are unbroken 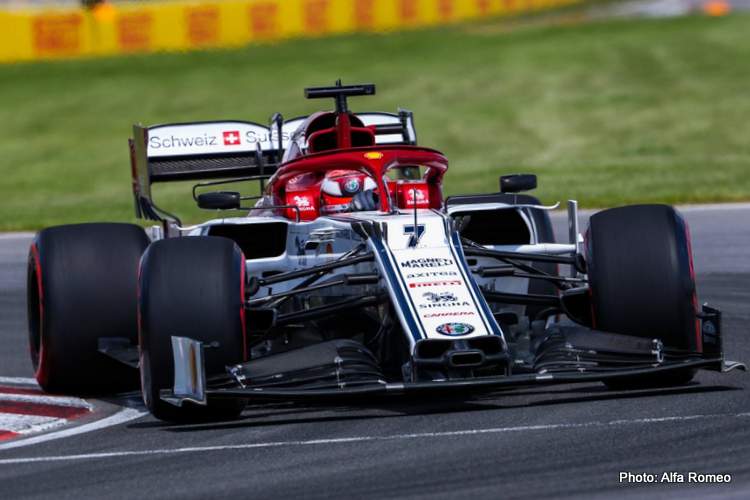 Sometimes, you just have to read the signs. We don’t believe in fate, we believe in hard work and in our abilities, but when things start off in a poor way, you know it probably won’t be your day. And we saw the signs straight from the drivers’ parade.

The classic cars used in these parades have broken down on occasions. We even had a driver arrive late and miss out on the parade altogether (looking at you, Charles). But never before we had a driver go AWOL during one.

And yet, this is what happened today, as Kimi’s car returned to base without its famous passenger, leading to a scramble for the missing Finn (who, unbeknownst to us, had hopped out of the car and made his way back to hospitality). It’s as if Kimi had known already that the afternoon had nothing positive in store, and had chosen to make an early exit…

We leave Canada with no points but with our spirits unbroken. We fought, we gave everything we had, but we weren’t able to make progress in the race. We pledge to keep working hard to overturn this phase, get back where we belong and fight our battle in the championship. France is in two weeks: hopefully the signs will point the right way then.

PS.
We were happy to see all three drivers on the podium, their very different emotions notwithstanding, spray their champagne. Hopefully, in 11 years’ time, no under-pressure media officer will feel the need to question whether one of them REALLY uncorked his bottle…

Frédéric Vasseur, Team Principal: “After being very close to getting into Q3 yesterday, we were convinced we could have a good race performance. However, an unscheduled stop for Kimi due to a visor strip – not his own, this time – in his brake duct and Antonio suffering contact in lap one prevented us from competing against the rest of the midfield.”

“We are working hard to understand the performance of the tyres and we’ll make the most of the developments we have lined up for the next few races. I am confident we can recover the speed we showed earlier in the season and get back in the fight for points.”

“Not an easy weekend, not an easy race, as we didn’t have the speed to fight for position. Some laps it felt better, then there were laps where we struggled to find grip. We have work to do and we also will get new parts and this should help us to get back into the fight for points.”

“Finishing in P13 is quite a disappointment, especially since we thought we had the speed to make up some places in the race. The pace wasn’t really there, easy as that. We need to find a solution because we appear to lose our competitiveness on Sunday and that is really hurting us.”