Morning After: Back at the Front 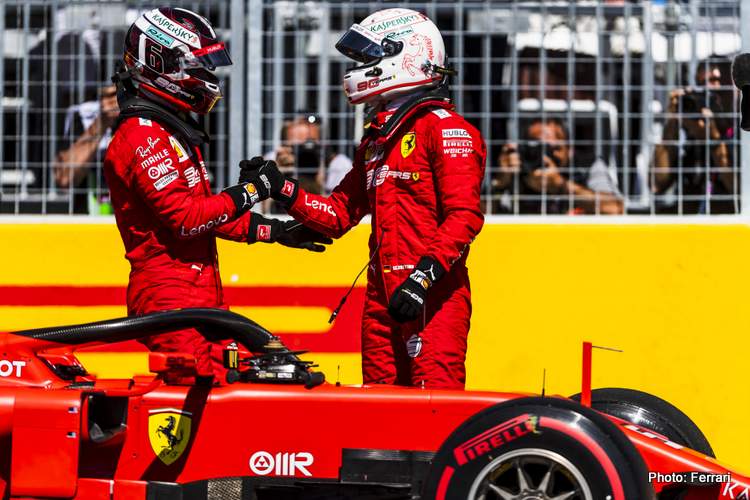 For the first time since Bahrain, Ferrari find themselves with pole position after a sterling Sebastian Vettel performance in Montreal on Saturday.

It’s taken a lot longer than they would’ve expected – 70 days, to be exact – but finally, Ferrari are back at the front of the grid.

At a track that could not hardly be more friendly to the temperamental SF90, it still took something special to put the car on pole, and thankfully for the reds, Sebastian Vettel gave them exactly that.

Besting Lewis Hamilton by 0.206s, Vettel looked as good as he ever has in a qualifying for the Scuderia, and it could not have come at a better time for both his team, and him personally.

With this year’s championship challenge all but written-off, Ferrari desperately needed a positive performance, as much for the team’s sanity as for reigniting their contention.

Equally for Vettel, the pole comes at a crucial time. Having to deal with retirement rumours and know-it-all writers questioning his number one status, responding by blitzing teammate Charles Leclerc by nearly seven tenths of a second is an impressive display of mental toughness, and reaffirms his place as top-dog at the Scuderia.

Now, of course, the question is whether Vettel and Ferrari can take their form into Sunday. If Friday was any indication, Mercedes has a notable advantage on race pace, and should be able to turn the tables – will the German have anything to say about that? Or will the pit wall cock it up before he gets the chance to? Either way, I can’t wait to find out.

Fantastic job by Daniel Ricciardo to snatch P4, particularly as it was ahead of Pierre Gasly in the Red Bull. I wonder who misses the other more at this point?

Speaking of Red Bull, it’s going to be a lot of fun watching Max Verstappen on Sunday. Starting P10 a free choice of tyres, you can guarantee he’ll do some damage.

Abysmal performance from Racing Point not to make it out of Q1 with either driver. This time last year, they had both cars in the top 10. They need their B-spec car pronto.