Hamilton: I hope this is a turning point for Ferrari 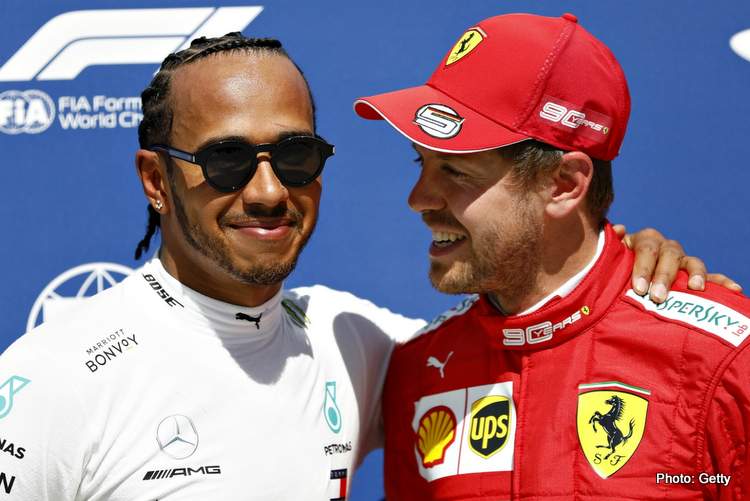 Mercedes driver Lewis Hamilton said he hopes Sebastian Vettel’s pole position performance in qualifying at the Canadian Grand Prix will mark a turning point in their season for rivals Ferrari, the defending five-time World Champion clearly relishing the prospect of a proper battle between the two leading teams.

Hamilton, whose Silver Arrows team have swept to a record six successive season-opening wins this year, leads his teammate Valtteri Bottas by 17 points in the drivers’ title race.

Vettel’s success on Saturday brought him his first pole in 17 races since last year’s German Grand Prix, and Hamilton (as a fan!) hailed the Ferrari resurgence, “This is fantastic for the sport. I love to fight with another team and today was just so close.

“I had no idea where we were going to be. At some stages, they were ahead of us and we were swapping all the way. I hope this is a turning point for them and it’s going to be very close from now on and we’re going to have a serious battle throughout the season. That would be fantastic,” added Hamilton.