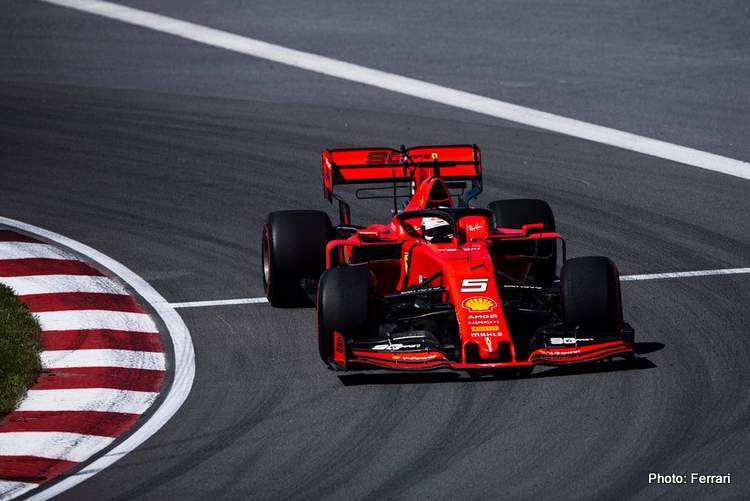 Ferrari continued to set the pace in the second free practice session of the Canadian Grand Prix weekend almost confirming they have a superior package around the Ile Notre-Dame however only qualifying later in the day will reveal all.

For now the Reds have the edge with Sebastian Vettel topping the session with a best time of 1:10.843, a tenth and a bit faster than teammate Charles Leclerc in second.

In third, Lewis Hamilton was three tenths shy of the top time with his effort in the Mercedes, with Valtteri Bottas in the sister car a further three tenths adrift in fourth.

A shootout for top spot looks to be on the cards between the quartet as Merc are sure to have some extra party-mode for Q3, and how Ferrari react in the wake of some strange strategy blunders will be interesting.

Next in the pecking order were the Red Bull pair with Max Verstappen fifth, albeit a thousandth shy of the top time. Homda have work to do. Pierre Gasly was less than a tenth off his teammate in the sister car in sixth suggesting that the Frenchman is starting to find some decent form this weekend

Renault power were best of the rest with Daniel Ricciardo fastest of the quartet in seventh, fractionally faster than Lando Norris who found the sweet spot in the McLaren to set the eighth fastest time. The rookie was a couple of tenths up on teammate Carlos Sainz down in 13th.

Sergio Perez was ninth in the Racing Point while his teammate Lance Stroll was forced to sit out the session as team repaired a reported hydraulic leak in the pink car. 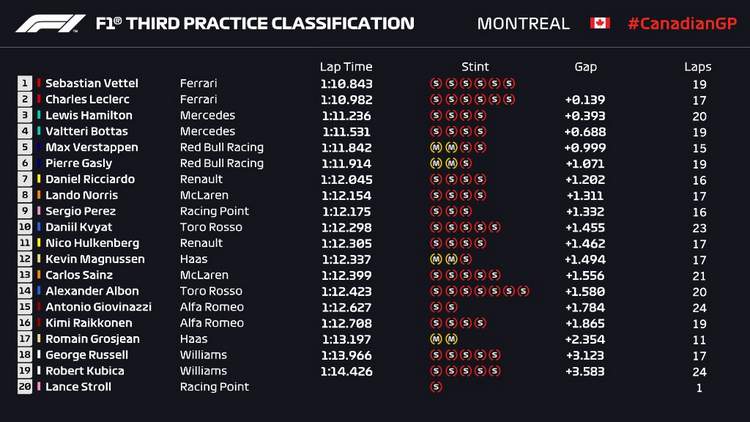