Mercedes: They deserve to be on pole 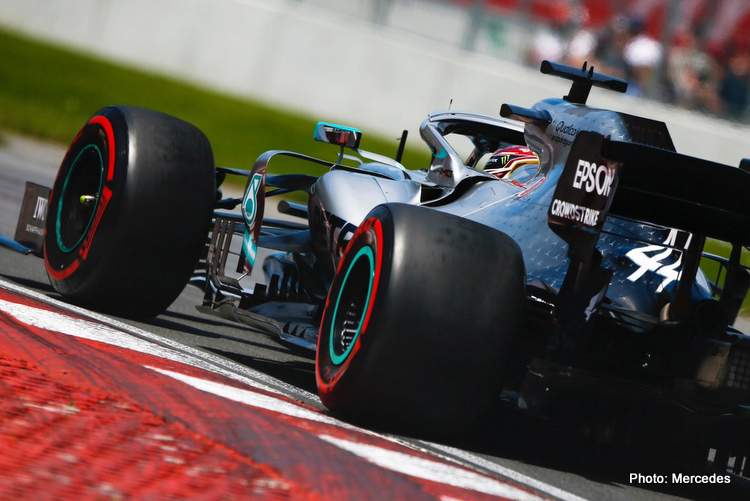 Mercedes report from qualifying the Canadian Grand Prix weekend, Round 7 of the 2019 Formula 1 World Championship, at Circuit Gilles Villeneuve on the Île Notre-Dame in Montreal.

Lewis Hamilton: “I think we gave it everything today, so I’m not disappointed. The timing was right, our procedures were good and I did everything I could. Overall, I’m happy with the job we’ve done and it leaves us in a good position for the race.”

“We had P1 for a short moment, but Ferrari were just quicker. Particularly in the last sector – they were four, five tenths faster on the straight. But, we knew they were going to be quick and that’s good, it’s what racing should be. I’m glad I’ve been able to split the Ferraris today and tomorrow is going to be an interesting race. Hopefully we can put on a good show tomorrow.”

Valtteri Bottas: “I made a mistake in the first run of Q3, had a snap and ended up spinning out of Turn 2. I was lucky that I didn’t hit the wall, but it put me on the backfoot for the second run. My second lap was pretty messy – I had a number of lockups and didn’t do a great job in the corners. It’s not a lap that I’m very proud of, but mistakes happen.”

“I need to learn from today, move on and come back stronger tomorrow. The car was feeling good and our long run pace looked strong on Friday, so I’m confident that there will be some opportunities in the race tomorrow. Overtaking is possible on this track and we’ve seen great racing here in the past, so I’ll go flat out and try to get as many points as possible.

Toto Wolff: “Credit to Ferrari, they had the fastest car today and were very strong on the straights. Sebastian put in a stunning lap and deserves to be on pole. I think we gave them a good fight, Lewis was very quick and had two purple sectors but he lost a bit of time in the hairpin, so it wasn’t quite enough.”

“Valtteri suffered a spin on his first Q3 lap and didn’t have the smoothest run on his last attempt, but it’s still all to play for tomorrow. We knew Ferrari would be strong here and it’s going to be a close fight in the race. We’re starting on the Mediums, like the cars around us, and our long runs look positive. We’ll give it everything we’ve got tomorrow and see what happens.”

James Allison: “It looked like it was going to be a fight on Friday and so it’s proved today. It was very tight up at the front and we definitely had to push very hard to get what we got today. The session was made slightly more interesting for us by juggling around the running order in Q2 as a result of Valtteri being pulled into the weighing scales.”

“But really good work from the whole team and the drivers to get both our cars safely through to the race start on the Medium tyres, which is going to be an important factor tomorrow. Losing your first banker run in Q3 puts you right on the backfoot and Valtteri’s rather lowly grid position is a direct consequence of that.”

“But he knows that he starts on the right tyre tomorrow with cars ahead of him that don’t, so hopefully he should be well placed for a strong race. Just as Friday showed that it was going to be tight in Qualifying, let’s hope that Friday is also an accurate predictor of the race pace, because our high fuel simulations on Friday were competitive. It should be a hot, long, interesting and exciting race tomorrow.”