Vettel: We’ve not been as competitive as we would like 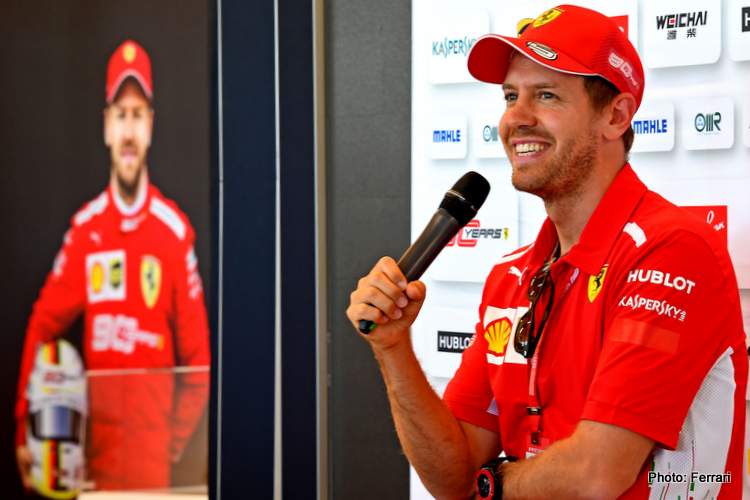 While expectations for Ferrari at the Canadian Grand Prix are high thanks to the assumption that their potent engine which is likely to be well suited to the power-friendly Circuit Gilles Villeneuve.

The conventional thinking is that the Reds have the more powerful PU while their rivals and nemesis, Mercedes, may not have the legs to contain Sebastian Vettel and Charles Leclerc.

But ahead of practice in Montreal, Vettel played down expectations, “There’s no point in making predictions when we’ve yet to go out on track. It’s better to wait until after the first practice, but the characteristics of the Montreal track should, on paper, be well suited to the SF90.”

Ferrari have yet to win a race this season as Mercedes clean up with Hamilton leading the championship by 17 points over teammate Valtteri Bottas, but the Briton is a huge 55 points ahead in the championshiop standings ahead of round seven of t5he championship.

Vettel admitted, “So far, we have not been as competitive as we would have liked, but the team has never stopped working and our aim is still to give our competitors a hard time. We continue to work on improving our tyre management and generally on improving grip.”

“On this topic, I believe the next few races will be important in order to understand how much our car can improve,” added Vettel.

Also speaking to reporters was teammate Charles Leclerc whose first season in re is proving to be a trying one as he adapts to driving for the sport’s biggest teams and deals with the inevitable polemics that come with driving for Ferrari.

Leclerc is fired up for the race weekend in Montreal, at a track he enjoys, “Montreal is another street circuit, which as you know is the sort I like best. ”

“We are ready to give everything to maximize the outcome of this race weekend. At a power sensitive circuit such as this one, we will aim to take advantage of the strengths of our car and the track’s layout, although at the moment it’s hard to tell which teams will have the advantage.”

“The target is always to aim as high as possible and we will see where we stand after qualifying. As always, the goal for me is to do the best job I can and understand where I can improve.”

“It will only be the second time I race at this track, but I expect to improve bit by bit the more time I spend on track,” added Leclerc who is 80 points adrift of Hamilton in the standings.

Big Question: Will Ferrari finally win a race this season on Sunday in Canada?

Vettel: We have some tricks up our sleeves