Norris: Much harder now than when Lewis started in F1 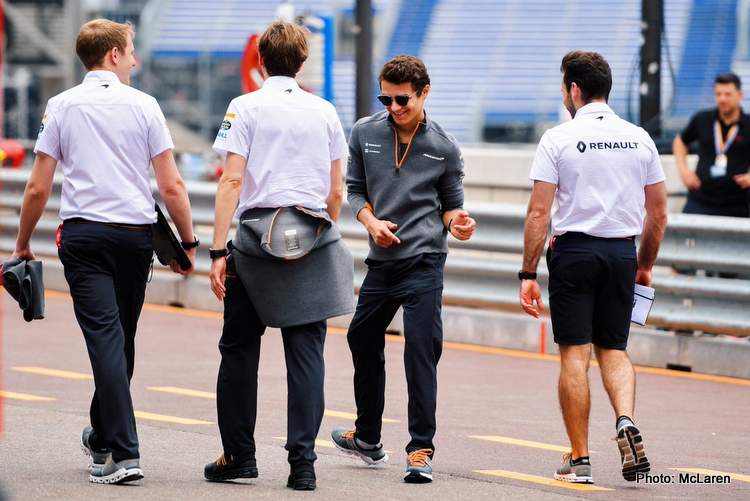 19-year-old McLaren Lando Norris has taken a swipe at Lewis Hamilton after the Formula 1 World Champion suggested that racing in the top flight is too easy as the cars have become less physical and demanding.

During the drivers’ press conference on Thursday in Montreal, ahead of the Canadian Grand Prix weekend, 34-year-old Hamilton lamented how easy current F1 cars are to drive and also asked Norris his age during the packed media session.

He also asked Norris how old he was, and when informed Hamilton went on to say that F1 should be a “man’s sport” and wants the cars to be more physically demanding, claiming it was tougher to race F1 cars when he broke into the sport, back in 2007, than it is today.

Speaking to reporters after the press conference, Norris said, “I don’t know why he would say it now, and not when he first started. It must be targeted at me, George and Alex, because we’re the youngest in F1 and I’m not suffering perhaps as much as he thinks I should.”

“I don’t think it’s intimidation, I just don’t know why he wouldn’t say it any other year. It’s much harder now than when he started in F1. He says he likes heavier steering. Well, he can ask his team to turn down the power steering if he wants.”

“Like him, I think it would be cool to have manual gearboxes, too. So, I’m not sure what his reasoning is behind it,” added Norris.

Although Norris might have a point, but the reality is that a second rate Formula 2 driver – Nikita Mazepin – with no previous experience driving the Mercedes W10 was quickest of all when he tested for the team in Barcelona last month.

Big Question: Is F1 too easy these days?