Mercedes: Some promise but also some difficulty 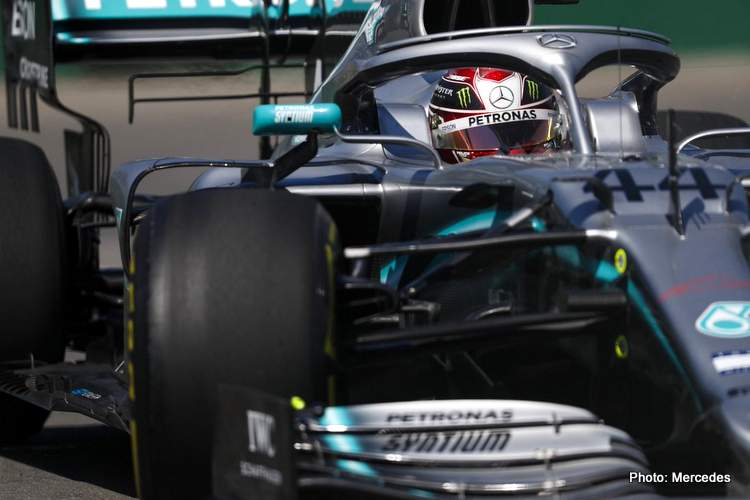 Mercedes report from day one of the Canadian Grand Prix weekend, Round 7 of the 2019 Formula 1 World Championship, at Circuit Gilles Villeneuve on the Île Notre-Dame in Montreal.

Valtteri Bottas: “I really enjoyed today, it was good fun out there. This track is always very dusty at the beginning and keeps improving, so you need to find the grip step by step. That’s what I like about this circuit because it’s different every time you go out and you always need to discover it again, get a feel for it and learn.”

“The car feels strong, but we have some work to do on the balance; the car became more difficult to drive with the changes we made for FP2, but it also felt a little quicker. So we need to review if there’s anything we could have done better for FP2 and what we’re going to do for tomorrow.”

“It’s nice to have a new engine with a bit more power; it’s not a huge difference, but you can feel it, and it’s a really good feeling. The car seemed strong on both long and short runs, but Ferrari was very quick on the straights, so I expect it to be a very close fight tomorrow. But I like this track and I’m confident, so I’m looking forward to qualifying.

Lewis Hamilton: “The morning session went smoothly; the track was very dirty in the beginning, but we’re all in the same boat. I made a mistake in FP2 and damaged the car. The boys tried really hard to fix it, but there wasn’t enough time.”

“I don’t remember the last time I missed a whole session before. It’s definitely not great to watch the session from the garage; it feels like sitting in the headmaster’s office, wishing to be back in class. It was an innocent mistake, I was doing multiple laps on the Medium tyre and was really trying to find the limit.”

“Obviously I went slightly over, I had a big snap out of Turn 9 and was drifting for a long time, hoping I wouldn’t hit the wall. But these things happen; you just have to put it behind straight away you and get back on the horse. Luckily Valtteri had a good session today, so there’ll be a lot of analysis from that. The boys will do a great job fixing the car tonight and we’ll come back ready for a better day tomorrow.”

James Allison: “It was a day with some promise in it, but also some difficulty. We had a fuel system problem with Valtteri in the morning which fortunately we’ve understood and should have dealt with properly for tomorrow.”

“We lost some track time with that in the morning and then we lost a bit more in the afternoon as a result of Lewis touching the wall. But in amongst those two difficulties, the car was actually pretty well behaved and seemed to be relatively quick on short and long run alike.”

“We still managed to run all three tyres and get a feel for what they’re going to be like in race conditions on a track which today was around about the sort of temperatures we can expect to see on Sunday. We can see very clearly that the rear tyres are going to get pretty hot, but we saw some hope that we should be able to manage that and not let it run away from us.”

“But we also saw in the single lap work that it is going to be a good old fight between us and Ferrari who we have long feared at this track. So it’s going to be an interesting fight tomorrow and again on Sunday.