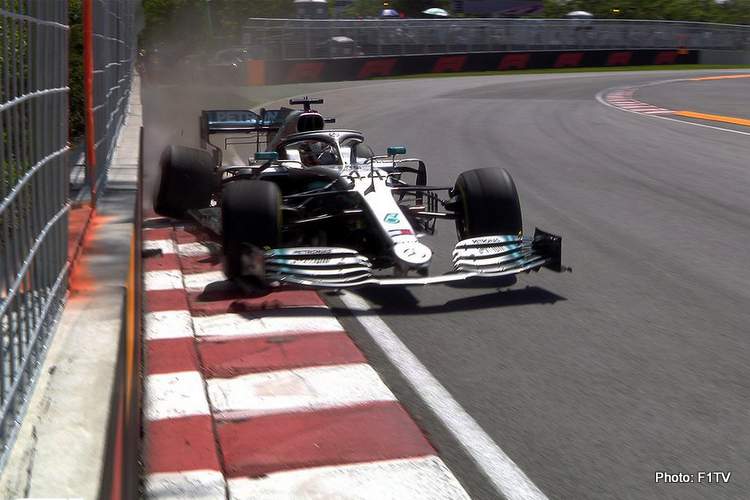 Formula 1 World Championship leader Lewis Hamilton slammed the wall with his Mercedes during the second free practice session of the Canadian Grand Prix weekend, but he managed to drive the car back to the pits with a puncture.

About half an hour into the session, on a hot lap the Mercedes mounted the inside kerb, which briefly flicked it out of control as Hamilton exited the chicane the tail got light and he smacked the wall hard with the rear wheel.

He drove back to the pits slowly and alighted the car as his team assessed the damage, keeping the car in the garage and appearing to change its rear-end.