Gasly: I don’t want to waste time with that kind of bullshit 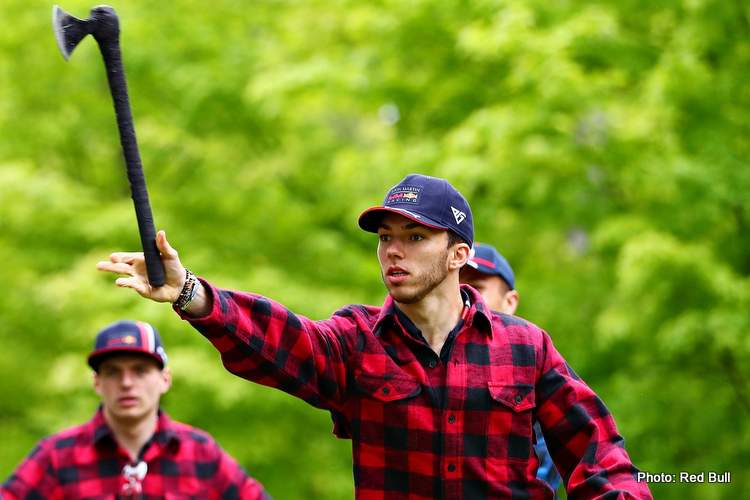 Pierre Gasly is not wasting time with regards to a Silly Season rumour that emerged after Monaco claiming that the Frenchman was to be axed from Red Bull and replaced by Renault driver Nico Hulkenberg before the end of the season.

The German was quick to point it out as fake news, now Gasly has gone a step further by naming and shaming the Motorsport Network and Sky Italia journalist whose report has turned out to be a total hoax.

When asked to comment, Gasly told La Presse in Montreal, “I don’t want to waste time with that kind of bullshit. I have more important things to take care of like my job, my family and my friends. For me, it’s just bad journalism and I don’t want to comment any further.”

“These are not the type of people with very good values if they write reports based on nothing at all. Coming from someone like Mr Chinchero with so much experience, it’s a little disappointing.”

The report adds fuel to suggestions that journos at Motorsport Network are under pressure to deliver ‘unique’ reports to bolster traffic when F1 news is slow, as it has been this year between grands prix.

It is no secret that Gasly has not had the easiest of seasons since his promotion to Red Bull from Toro Rosso last year. He messed up in the final test even before the season began, and has simply been no match for teammate Max Verstappen who is easily faster in both qualifying and in races.

Red Bull and their driver consultant Helmut Marko are not known for their patience, and with both Daniil Kvyat and Alex Albon performing well in the junior Toro Rosso team, Gasly will no doubt be feeling the heat.

But he is confident all is well between him and the no-nonsense Marko, “It’s been good. He’s been really supportive and he sees and knows everything that happens inside the team.”

“I still feel that I am far from getting the full potential from myself at the moment. But from race to race I can see and feel that things are getting better,” added Gasly who trails teammate Verstappen by 46 points after six rounds.