Vettel: We have some tricks up our sleeves 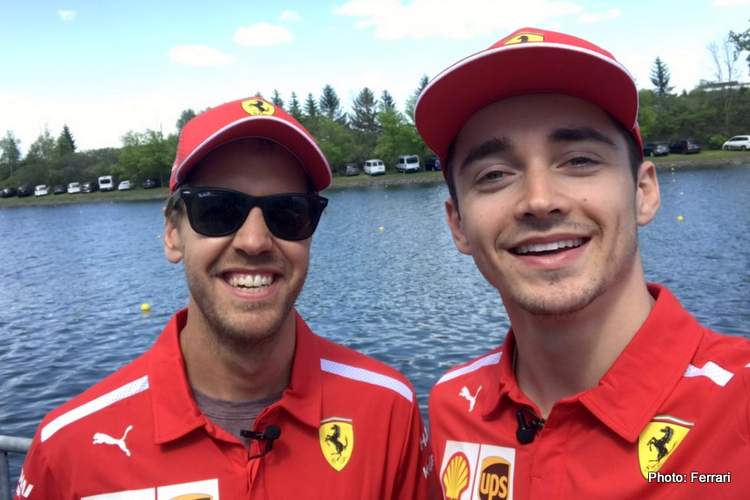 Sebastian Vettel says Ferrari have a few tricks up their sleeves for this weekend’s Canadian Grand Prix and will need to conjure up something special if they are to end Mercedes’ magical run.

Six races into the season, Vettel is not ready to wave the white flag and concede the title to Mercedes who have racked up six straight wins, five in one-two formation, but the German admitted on Thursday that the battle had reached a critical juncture.

“The next races will be really crucial for us to try and get back to the front and give a much harder time to Mercedes,” said Vettel, who finished second in Monaco last month for the team’s best result so far this season.

“It will be crucial to do it rather sooner than later but at the moment I am not too fussed, I am not looking at OK this is the date.”

“Clearly we are behind, clearly there is a big margin between Mercedes and the rest and we have to lose that gap and get ahead otherwise it will be difficult to turn around. That is as much realism as you can get.”

Vettel won from pole position in Canada last year and Mercedes have suggested the high-speed circuit could again favour Italian rivals whose season has yet to get into gear.

Mercedes drivers Lewis Hamilton and Valtteri Bottas will like their chances as well on the Circuit Gilles Villeneuve.

Not that Mercedes needed another boost but Hamilton and Bottas will have new and upgraded engines in their cars for this weekend’s race.

Ferrari have already introduced their first upgraded power plants of the season but Vettel was optimistic tweaks to the car would benefit them on a circuit which plays to some of their strengths, “There is always little tricks you can do, the question is whether they make a difference.”

“But I am not sitting here trying to paint things black we haven’t done a single lap this weekend so I am quite optimistic it was a strong track for us last year.

“We have some tricks up our sleeves whether they work or not we will see. There are some ideas to improve where we are and they sound quite promising so I am optimistic but the real proof the only proof is the stop watch,” added