Hamilton: I could probably do two or three F1 races in a row 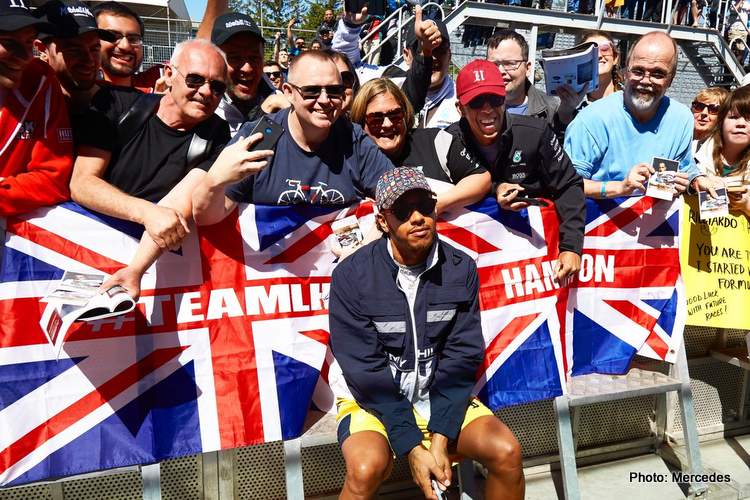 Formula 1 needs to be tougher and more difficult, while drivers need to toughen up if the sport is to become more entertaining and grow, five-times World Champion Lewis Hamilton said on Thursday.

Years of tweaking the rules and attempts to control costs have only marginally improved the product, the Briton told a news conference ahead of Sunday’s Canadian Grand Prix.

Acknowledging that Formula One is often seen as “boring” and often dominated by a single team, like his own Mercedes who have won all six races this season, Hamilton mused on a return to V12 naturally-aspirated engines, manual gearboxes and the removal of steering assistance to put the focus back on drivers.

Stopping short of labelling drivers as wimps, Hamilton made it clear that driving Formula One is no longer the physical test it should be.

“People do continue to comment that it’s boring,” Hamilton said. “How you stop that, that is definitely a part of the regulations but I think on a more global scale, I think there needs to be some more changes outside of the regulations in my opinion.”

“I do think it should be the most physically challenging. You should be just so physically exhausted after the race, to the point…like a marathon.”

“Sometimes you do these races and I could probably do two or three races in a row and Formula 1 should not be like that. It’s a man’s sport and a lot of youngsters come in and it’s quite easy for them to get straight into it.”

While drivers have many ideas and a global platform on which to air them, Hamilton maintains their voices are still not really being heard.

“Unfortunately, the technical regulations are done by the people with power, with money and we generally have a little say, if any, as to what changes will take place,” said Hamilton.

“We do want to be a part of the conversation because ultimately we can help for the future.”

A lack that, not just on the starting grid but up and down the F1 paddock at all levels of the sport is a concern for Formula 1’s first black driver, who grew up on a council estate and defied the odds to become the sport’s biggest name.

“There really is the most minimal diversity within this sport and I really somehow want to be a part of shape-shifting that with Formula 1,” Hamilton said.

“I don’t know why there’s not enough university students, engineers, mechanics and even within the media, coming through from more diverse backgrounds.”

Big Question: Is Formula 1 too easy?