Binotto: We need to hurry but it will take a few weeks 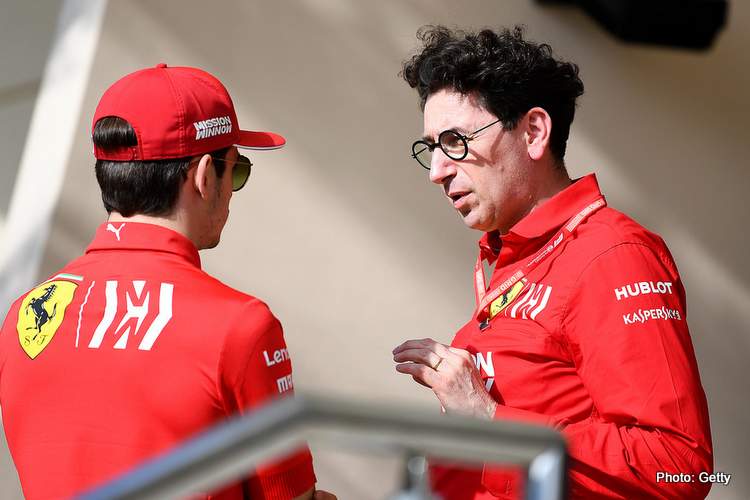 Ferrari team boss Mattia Binotto has confirmed changes to structures at Maranello since his takeover at the helm in January.

Ahead of the Canadian Grand Prix, where Ferrari are expected to be strong, he told Gazzetta dello Sport, “Since January we have reorganised, there is no longer that famous classical horizontal structure.

“We have identified four or five figures that have become my reference points in various areas. I’m useful to filter information and keeping an eye to the future.”

“2021 is around the corner with new regulations, cars that could be radically different and the budget cap that will force us to review certain production processes.”

While the exact structures and their respective heads were not revealed by Binotto they are expected to revolve around Laurent Mekies as number two in charge of matters during race weekends along with Enrico Cardile (chassis), David Sanchez (aerodynamics) and Enrico Gualtieri (PU).

Binotto also reiterated that the car the SF90 they have in Montreal is no different to what ran in Monaco and no big evolution on the car as it was in Barcelona last month.

“There will not be a Ferrari B, a completely modified car, but only a series of developments in the next races to improve the use of the tyres. We have ideas, and we need to hurry, but it will take a few weeks,” explained the team chief.

Big Question: Do Ferrari have a ‘few weeks’ to salvage this championship?