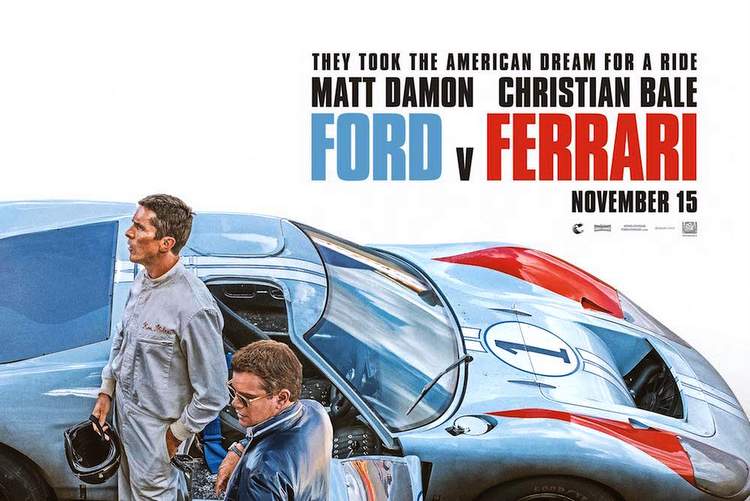 A week that featured the sport’s two dominant forces reiterate their long-term commitment, the name “Max Verstappen” bandied about, and the trailer for a motorsport-centred Hollywood blockbuster, the past seven days have not been short for headlines.

Ricciardo Rates Max “Quicker” than Vettel: He may not quite be rid of his habit of saying “for sure” in every second sentence, but Nico Rosberg has come a long way as a media personality, and here, he managed to stir the pot like a pro.

Really though, coming from Ricciardo this isn’t that surprising. He beat Vettel, and ultimately lost to Verstappen, so it only makes sense he’d play up the latter’s natural ability. Is it true? Probably, but to be fair to Vettel, there’s a case he’s pretty rapid too. Certainly, his Monza ’08 was even more impressive than Max’s Spain ’16, and during his four world championship years, no one could take a pole on Saturday, than immediately bolt into the distance on Sunday like Vettel, and that was down to more than just being “cerebral” — even if Verstappen ultimately has him beat.

Mercedes Not Going Anywhere… : A bit of news that is good for the health of the grid, if not its competitiveness, Mercedes have reaffirmed their commitment to F1 until at least 2025, courtesy of new Daimler president Ola Källenius. Considering it was by no means a certainty the Silver Arrows would continue in F1 with their increasing commitment to Formula E, this is a big win for a sport that needs every high-profile manufacturer it can get, although if they continue their dominance into the next decade, well… there might not be a sport for much longer.

… And neither is Lewis Hamilton: A bit of news that is definitely disheartening for his rivals, Lewis Hamilton has also reiterated his commitment to the sport in an interview with David Letterman. Really though, why wouldn’t he? He’s only 34, not even close to exiting his prime, driving for the undisputed best team on the grid, and legitimately within range of matching – or even beating – Michael Schumacher’s record of seven world championships. There’s no way he’s leaving anytime soon – well, unless his R & B career really takes off…

Sim Racing Helps Lando Know Max: Providing the sort of insight we shouldn’t take for granted, Lando Norris’ comments here are an absolutely fascinating look into the McLaren driver’s development, and even more importantly, could herald a change in the nature of on-track rivalries.

Being able to share a virtual cockpit with Verstappen, Norris would have access to all his onboards, setup preferences and telemetry, and that doesn’t just help the Briton hone his own craft, but learn how his biggest real-life competition does the exact same. With that in mind? Is there any trick Verstappen could pull on Norris in a real-life situation that would actually surprise him, or will the latter be able to counter his often-borderline moves? It’s an interesting question to consider, although we won’t get a definitive answer until McLaren makes a car fast enough.

No, it’s not exactly F1 news, but forgive me: the first trailer for Ford v Ferrari has me bloody excited. Finally this story is getting the Hollywood treatment (if you don’t know about it, check out the excellent documentary The 24 Hour War), and at least from the trailer, so far, so good. Here’s hoping the finished product lives up to the hype.