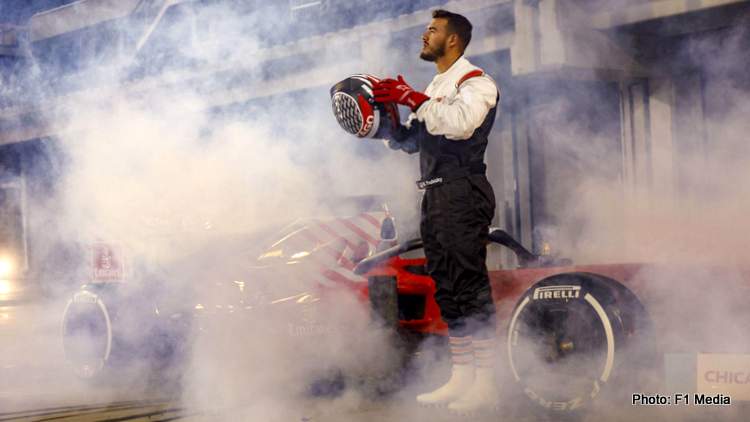 The stunt, which depicts an F1 car racing round the streets of Chicago and roaring through the stadium concourse, marks the start of 10 days of action leading up to the Emirates F1 Chicago Festival on June 8.

As the F1 car roars into action, burning rubber on the stadium floor for the first time ever, fans see Chicago Bears’ quarterback Mitch Trubisky step out of the car, giving a sneak preview of the excitement fans can expect to experience at the event.

The festival, which is free to attend, is the second instalment in this year’s campaign and will feature a live car run on Museum Campus Drive, a live stream of the Canadian Grand Prix qua

“Following the huge success of the Shanghai festival earlier this month, we are excited to be heading to Chicago – a city known to hold the most enthusiastic of sports fans,” said in a statement Sean Bratches, Formula 1 director of operations.

“We know the thrill of the race will not be lost on Chicagoans and are looking forward to immersing fans in the race day atmosphere and showing the Windy City all that F1 has to offer.”

F1 currently visits Circuit of the Americas in Texas once a year, but Liberty Media are intent on adding more Stateside venues to the Grand Prix schedule and thus promoting the sport in a virtually untapped market makes sense.

.@F1 has a new clip out with Bears QB Mitch Trubisky promoting its upcoming fan festival at Chicago’s Soldier Field next month: pic.twitter.com/vo2ghSCL90