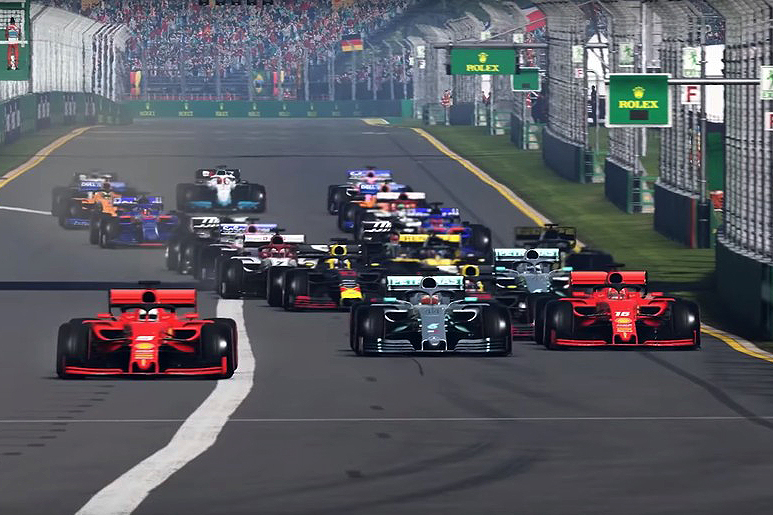 Since its inception in 2017, the Formula 1 Esports Series has experienced a surge in popularity, with each season seeing huge growth in participation and in audience numbers.

But, while the Series has provided fans with thrilling racing and seen the rise of exceptional driving talents, one element has been missing – a full complement of teams.

Now, though, the grid is complete – with Formula 1’s most legendary team, Ferrari, joining the world’s foremost virtual racing series.

And as F1’s Head of Growth and Esports Julian Tan explains, with all 10 teams on the grid, a host of the finest digital drivers in the world vying to compete in an expanded series, and the largest prize fund ever on offer, we’re all set for the biggest, boldest and most competitive season of virtual racing ever seen…

F1’s Head of Growth and Esports Julian Tan on the long-awaited arrival of Ferrari to F1 Esports, and why a hugely successful online qualifying phase sets the stage for a thrilling season to come…

Ferrari have been confirmed for Season 3 of the Formula 1 Esports Series. What does having all 10 real-world F1 teams involved mean for F1 and for fans?
JT: It’s a momentous milestone for the programme. It’s really exciting to see that all of F1’s teams have bought into the vision, that they see the huge potential of esports within Formula 1 and that they recognise the importance of the programme as part of our wider objective of reaching out to a new audience.
It’s one of the first projects outside of the racing that has the participation of all 10 F1 teams and we’re really excited to have Ferrari on board and to complete the grid. We’re really looking forward to working with all of the teams to make this season a success.

What does it say about Formula 1’s place in the Esports racing landscape?
JT: I think it further enhances the authenticity of F1 Esports. From the very beginning the north star for the programme was to align the world of Esports, which is booming, with the magic of Formula 1, and the closer those two worlds are aligned, the more special the product we’re able to deliver.
Having Ferrari come in and complete the grid is another step forward in confirming the authenticity of what we’re doing and it helps to provide another touch point for fans of Formula 1 and gamers in a broader sense as well.
To set up an esports series, there is a relatively low barrier to entry – you need a game, some prizes and you’re up and running – but what we’re trying to do is create something special, something that has a competitive advantage and is not easily replicated. I think that working with all of the teams and bringing people ever closer to the grands prix really creates something unique in the world of Esports racing. Our esports series has been the first mover in many respects in our industry, whether it be the involvement of the real world teams or the Pro Draft concept in motorsports as we continue to break borders with F1 Esports.

We recently completed the online qualifying stage for this year’s Series. Looking at the quality of that competition are you excited for the Pro Draft to come?
JT: I am. This year’s online qualification stage has been a phenomenal success. This year we have surpassed 100,000 participants, which is in the order of 60% more than last season. It’s an amazing growth trajectory and for me is testament to the fans’ real engagement with F1 Esports as a genuinely exciting race series that goes beyond the purely virtual.

So, with the Pro Draft next on the agenda what can we expect from Season 3 of F1 Esports?
JT: Simply, Season 3 is going to be bigger and better. We’ve already had this huge expansion in our online qualifying competition, and our draft is going to be bigger as we obviously have all 10 teams involved and all of them will be picking at least one driver from the draft. Our Pro Series is also going to be bigger, as we’re going up from three events last year to four this year. Finally, the prize fund will more than double this year. Last year we had a $200,000 prize fund and we’re increasing that to $500,000 in 2019. We think that reflects the growing potential of Formula 1 Esports.

Are you expecting some of the most successful drivers from the first two season to come back? Will we see two-time champion Brendon Leigh again?
JT: In terms of the drivers, that’s very much under wraps at the moment, but for sure you can expect to see a few familiar faces. The Draft is designed to keep it exciting in terms of unearthing new talent and in keeping open that route from living room to podium, as that’s part of the F1 Esports DNA.
However, the series will feature the fastest drivers in the world, so that will certainly mean a few familiar faces.
One of the things we want to do is build stars and we’re already seeing some fabulous characters emerging. Brendon is one, Frederik Rasmussen another, and of course there’s also Enzo Bonito who beat Lucas Di Grassi on track at the Race of Champions earlier this year. That’s to name just a few. There are so many interesting characters in the series and I think that’s only going to grow in the seasons to come.