McLaren open to Le Mans foray and Alonso is invited 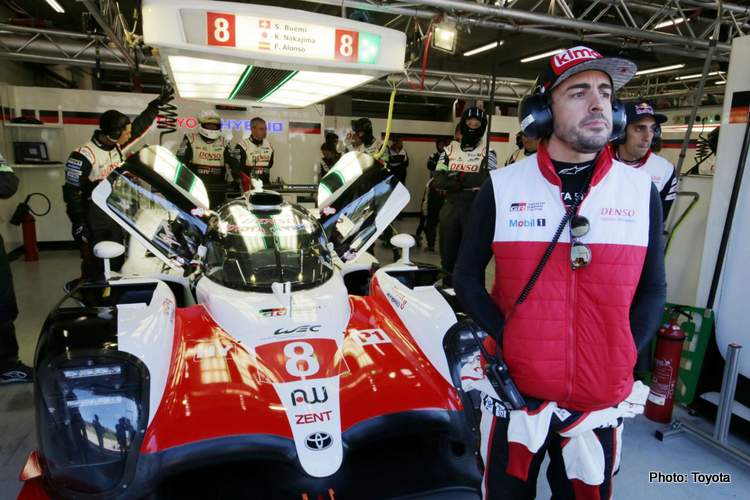 With the embarrassment of failure at this year’s running of the Indianapolis 500 still fresh, McLaren boss Zak Brown revealed he is considering a foray to Le Mans as early as 2021 and has left a door open for Fernando Alonso to be part of the project.

Speaking to MN (Spain) about a possible return for the legendary 24-Hour race, Brown said, “It would be risky for our debut to be at Le Mans 2021, so we would have to be ready one or two races before that so we need to be ready to compete in April or May 2021, depends on how fast  we can make a decision.”

The FIA and ACO trumpeted a hypercar based series for 2020 and beyond, releasing an overview of the series. But little has happened since then while manufacturers become increasingly frustrated with the lack of direction being taken by the organising and regulatory bodies.

Brown continued, “Once we understand what the rules are and how we are doing in Formula 1, we will take a position on whether to get involved or not and when, because the timeframe is very large, as well as all the different scenarios that are being negotiated. If everything suits what we want we would be a couple of years away.”

Meanwhile, after the Indy 500 debacle, some speculated that Alonso would walk away from Woking which has only given him pain. But not according to Brown who explained, “We were never going to do Indianapolis just for Fernando.”

“I think it would be a great story to win them with him, having already won Monaco already, maybe, in the future, we will race in France (Le Mans) together, but, of course, McLaren has been around for a long time and will continue to be around much longer, even after Fernando retires.”

“We have a great relationship with Fernando, he has had many ups and downs with us – probably lower in the last three, four seasons – and he really enjoys McLaren, the team enjoys him, I think we’re all disappointed, but it will not change the relationship between Fernando and McLaren,” added Brown.

Alonso has been tightly lipped since he announced earlier this month that he was done with Toyota after the WEC Super Season which he is favourite to win with Sebastian Buemi and Kazuki Nakajima, which would add the sportscar championship to his two F1 titles.