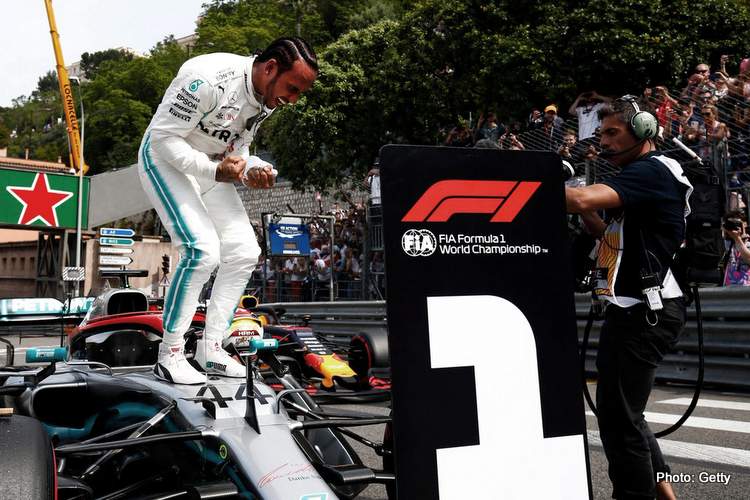 Between an epic grand prix, a small-but-potent dose of politicking, and a few noteworthy statements, the past seven days in the Formula 1 world have not disappointed.

Time to Kill the Veto?: A story I don’t think got anywhere near the attention it deserved, the implications of this report could be huge.

Getting Ferrari to give up their primus inter pares status has never worked in the past, but if F1 wants to develop as a sport in the bests interests of everybody, it’s absolutely necessary they do so.

That said, it’s a very dangerous game to play. Ferrari would need an excellent reason to give up their competitive advantage, which although outdated, has been allowed to persist because it is undeniable that they are the most valuable team to the sport. Is a more level playing field worth risking a civil war? That remains to be seen…

Cyril Blabs Again: A man who seemingly can’t help himself, Cyril Abiteboul was once again at it last week, pronouncing the Renault engine’s supposed with Mercedes and Ferrari under race conditions.

Unsurprisingly, the proclamation was roundly met with derision, and it’s hard to see how Abiteboul making such a statement helps a company that has consistently struggled since the switch to V6 turbos in 2014.

Maybe he thought he could get away with it knowing any disparity in engine power is masked by the nature of Monaco, but he can be assured that come Canada, he’ll definitely hear about it if they fall short of expectations.

A shakeup at Ferrari?: Sebastian Vettel may have scored Ferrari’s best result of the season, but unsurprisingly it’s done little to lift spirits around the team. Between Saturday’s screwup and the still inherent lack of pace to Mercedes, the voices of disdain have only grown louder, and now, it seems the Scuderia itself has decided to make changes.

Whether the removal of performance engineers Alessandro Cinelli and Giacomo Tortora from their posts (aero; chassis and tyres respectively) will actually change anything remains to be seen, but odds are it will have no effect on this year’s championship.

The Silver Arrows are too far gone, and if team principal Mattia Binotto is saying “The problem is not just to identify the problems, but to find a solution,” it tells me they don’t really know where to start in order to catch up. For the sake of the season, I hope I’m wrong.

Hamilton Only “Average” in 2019: If you had to pick a single quote to sum-up Lewis Hamilton, well… you could hardly do better than this comment from Monaco on Sunday. Now with four wins in the first six races the five-time world champion described his performances so far in 2019 as “generally quite average”, which, considering it’s equal to his career-best start in 2014, is quite the statement.

The way I see it, either Hamilton doesn’t know what “average” means, or this is the most ominous thing that could happen to the rest of the grid short of Pastor Maldonado coming back – for their sake, I hope it’s the former.

Farewell to Niki: Fresh off the back of a wave of tributes in Monaco, unfortunately the time has come for the F1 world to say its final goodbyes to Niki Lauda. As attested by both the permanent star on Mercedes’ car, and the throngs of mourners paying their respects today at St Stephen’s Cathedral in Vienna, the three-time world champion holds a special place in the hearts of this sport, and its hundreds of millions of fans. RIP.