Italian Media: The F1 World Championship is already over 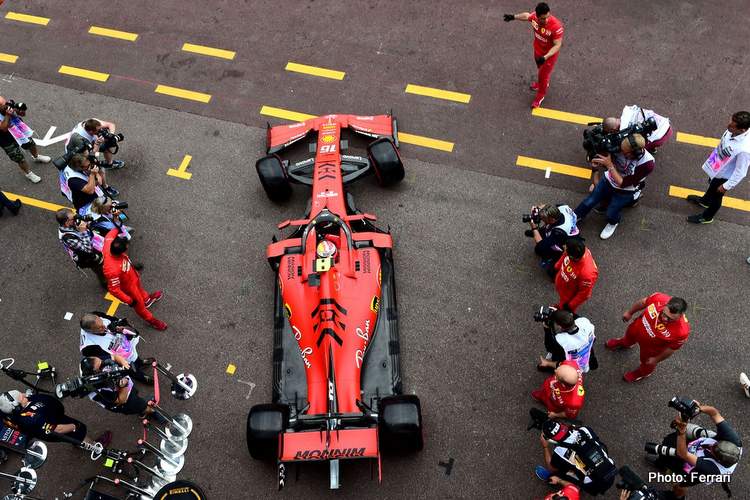 In the wake of Ferrari’s hugely disappointing start to the season, Italian media are resigned to this edition of the Formula 1 World Championship being already lost to their ‘national’ team, finding little comfort in Sebastian Vettel’s second place at Monaco ending the record-breaking one-two streak by Mercedes.

Nevertheless, Lewis Hamilton won in Monaco, while Vettel scored a fortuitous second place thanks to a close encounter between Max Verstappen and Valtteri Bottas.

Charles Leclerc had a miserable home race, classified last his race was compromised a day earlier when the team inexplicably erred in qualifying and doomed him the 16th on the grid.

In the race he was an accident looking for a place to happen, invariably he tangled with a rival, punctured a tyre, then wrecked much of his floorboard as he hurried back on three wheels and a tyre shredded. The damage caused led to Ferrari retiring the car on lap 16.

This is what a selection of Italian media had to say after the Monaco Grand Prix:

La Gazzetta Dello Sport: “Sebastian Vettel’s second place is the best result of the season for Ferrari. On the other hand, Charles Leclerc gave a good show at the start before leaving the stage.”

La Repubblica: “For Ferrari, who were broken after qualifying, at least there was consolation with Sebastian Vettel’s podium.  The German did what he could with a Ferrari not yet ready to take on Mercedes, it was an unexpected second place.”

“Poor Charles Leclerc, who started almost from Nice, could do nothing on a track as narrow as Monaco but he came up with two crazy overtakes, which nobody else dared to do. Applause.”

Corriere della Sera: “Sebastian Vettel did well, but Ferrari must now bet everything on Charles Leclerc. The Monaco Grand Prix revealed one thing: Charles has class and innate courage, now Mattia Binotto must favour him. The F1 World Championship is already over, what remains are boring stories.”

“Ferrari must strategise and plan for the future, short and long term. Time to trust in Leclerc’s desire, sensitivity, class and anger. If Binotto does his part, who knows if victories won’t beckon or at least interrupt the Mercedes dictatorship.

La Stampa: “Something changed: in Monaco, it wasn’t another Mercedes double! A bit of a morale boost for those in red for the rest of the championship.”

And finally, Ferrari insider Leo Turrini wrote in his Profondo Rosso blog: “We have again witnessed a silver triumph and one which was largely preventable. What I did not expect took place on Saturday, a Saturday of ordinary madness.”

“I don’t know where they all were while Leclerc asked if they were sure they were right to keep him in the pits while ALL the others improved and thus putting him at risk of elimination, I really don’t know. Where were the strategists, where was even his track engineer who is certainly no newbie?”

“To me, Ferrari is increasingly a team in disarray, now they also seem completely lost: they say they have understood the problem with the car but they don’t know how to fix it. Well, well, but not very well, if they don’t understand it who should?”

Big Question: Is the 2019 F1 World Championship already over?