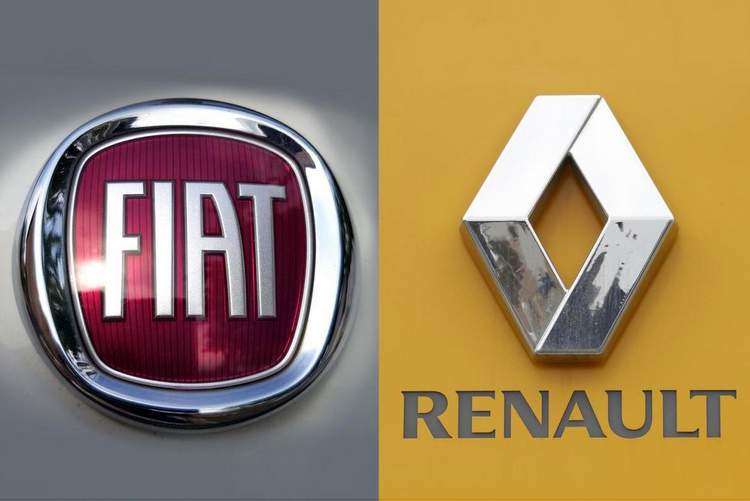 Fiat Chrysler pitched a finely balanced merger of equals to Renault on Monday to tackle the costs of far-reaching technological and regulatory changes by creating the world’s third-biggest automaker.

If it goes ahead, the $35 billion-plus tie-up would alter the landscape for rivals including General Motors and Peugeot maker PSA Group, which recently held inconclusive talks with Fiat Chrysler (FCA), and could spur more deals.

Renault said it was studying the proposal from Italian-American FCA with interest, and considered it friendly.

Shares in both companies jumped more than 10 percent as investors welcomed the prospect of an enlarged business capable of producing more than 8.7 million vehicles a year and aiming for 5 billion euros ($5.6 billion) in annual savings.

It would rank third in the global auto industry behind Japan’s Toyota and Germany’s Volkswagen.

But analysts also warned of big complications, including Renault’s existing alliance with Nissan, the French state’s role as Renault’s largest shareholder and potential opposition from politicians and workers to any cutbacks.

“The market will be careful with these synergy numbers as much has been promised before and there isn’t a single merger of equals that has ever succeeded in autos,” Evercore ISI analyst Arndt Ellinghorst said.

With these sensitivities in mind, FCA proposed an all-share merger under a listed Dutch holding company. After a 2.5 billion euro dividend for existing FCA shareholders – giving a big upfront boost to the Agnelli family that controls 29% of FCA – investors in each firm would hold half of the new entity.

Both Fiat (Ferrari) and Renault have teams in Formula 1 and supply engines to customer F1 teams.