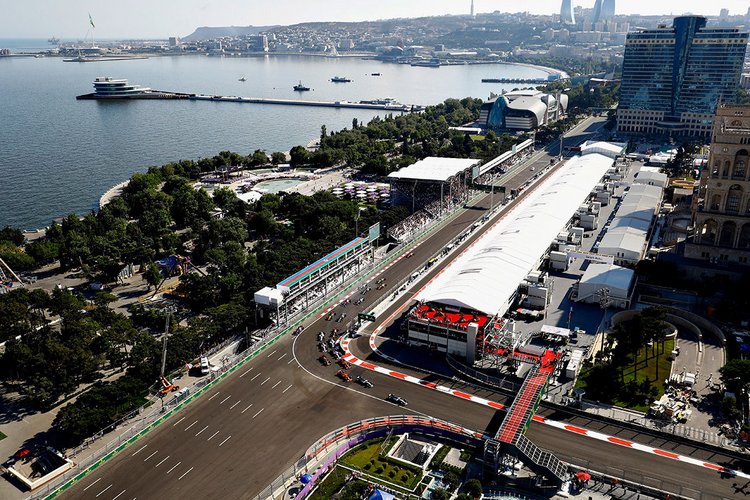 The lack of direct flights to Azerbaijan from Britain, where most of the 10 F1 teams are based, and the cost of the 8,000 km round trip to Baku have been highlighted in recent weeks.

“Next year, especially if we are back-to-back with any of the races, I will definitely try to organise more charter flights by ourselves and then try to sell them at cost to whoever is interested,” promoter Arif Rahimov told Reuters.

“That’s something we are really looking into, just to make it easy for all the spectators. It’s not something that we’ve done in the past but something I really want to do in the future.”

Rahimov said Britain was second after Russia for the number of F1 fans travelling to Baku, with Germany third.

The numbers are small compared to the Europa League final, with Arsenal and Chelsea each allocated what was seen as a meagre 6,000 tickets in a stadium that seats 68,700.

“We’re talking about 3-4,000 Russians and then under 1,000 from the UK. That’s just regular ticket holders, I’m not talking about everyone else – the guests, hospitality suites etc,” said Rahimov.

The promoter said the number of people travelling to Baku from London and back for the race, including the teams and everyone with Formula One, was around 3,000.

Baku, a street circuit with long straights and a twisting stretch around the old town, has 18,000 grandstand seats plus another 2,000 hospitality and VIP. A further 10-15,000 general admission tickets are sold.

This year’s grand prix was held at the end of April but Rahimov hoped for a June date next year, possibly back-to-back with Canada’s race in Montreal.

“We’re currently talking about June but there are quite a lot of obstacles in June,” he added.

“We can certainly not clash with the Euro2020, it will be a nightmare for the city. We will lose our fans, Euro 2020 will lose their fans. So we are kind of looking at the beginning of June right now and really hope it’s going to work out.”