Wolff: Niki would have loved it 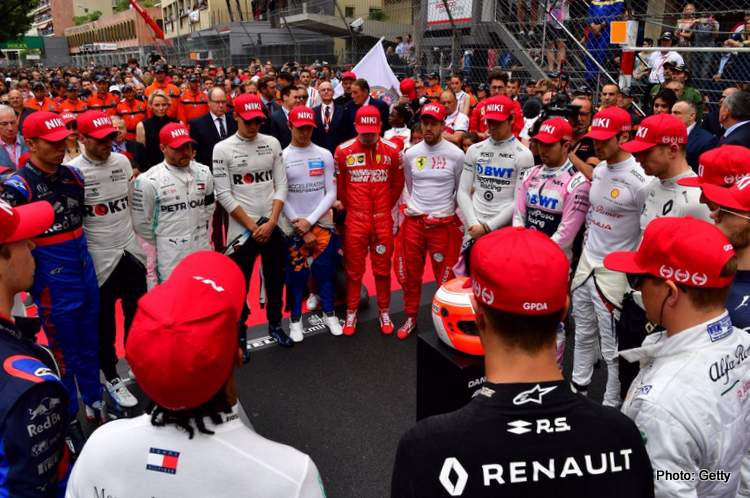 The late Niki Lauda would have loved Lewis Hamilton’s nail-biting Monaco Grand Prix victory, while praying all the time for divine intervention, according to Mercedes team boss Toto Wolff.

Sunday’s race was the first since the death on Monday of the triple world champion, and Mercedes non-executive chairman, and was marked by tributes to the Austrian whose spirit hung over the pits and paddock.

Hamilton, withstanding tremendous pressure on worn tyres from Red Bull’s Max Verstappen to hang on for a fourth triumph of the season, told reporters he had wanted to honour his departed friend.

“I really was fighting with the spirit of Niki — he’s been such an influence in our team and I know he will be looking down and taking his hat off,” said the five times world champion after his 77th career victory.

Hamilton wore a red helmet with Lauda’s design and name on it, while the silver car carried other tributes to the two times Monaco winner.

All 20 drivers and team members had stood for a minute’s silence before the race.

Wolff, who had recalled earlier in the week how Lauda had prayed to God on another occasion when Hamilton was in a tense race that decided one of his titles, agreed with that sentiment.

“Niki would have had another little pray; ‘Dear God, please just help me this once’,” he smiled.

“I think it was a world champion’s drive for a world champion that is not with us anymore. And he would have loved it because it was down to the driver and fending off another great driver behind.

“It was a battle among champions like we’ve seen in the past in Monaco, between Senna and Mansell and Prost and all these great names.”

Hamilton has now won three times on the streets of the Mediterranean principality.

Mercedes have won every race this season, the only blemish being the end of their run of five successive one-two finishes with Valtteri Bottas third, but they lived more dangerously than before.

Hamilton was sent out on medium tyres after his sole pitstop, the rubber faster but quicker wearing than the hards chosen by rivals, and made them last for 66 of 78 laps.

Wolff admitted Mercedes should have opted for the more durable compound. “We thought the tyre would make it to the end and it didn’t. But Lewis saved us.”

The champion said he had felt sure there was no way he could make it on the tyres and would have to make another stop, costing him the win.

“I was like, I’m not coming in whatever the case. I’m just going to drive with no tyres until they blow up,” he said. “I really tried my best to stay focused and not crack under pressure.

“It’s been such a hard week emotionally for us as a team. We just really wanted to do the job, to deliver on the word of Niki and I imagined him taking the hat off in support.

“When I was driving it was like ‘what would Niki do?’. So I just kept going.”