Leclerc: I wanted to take risks 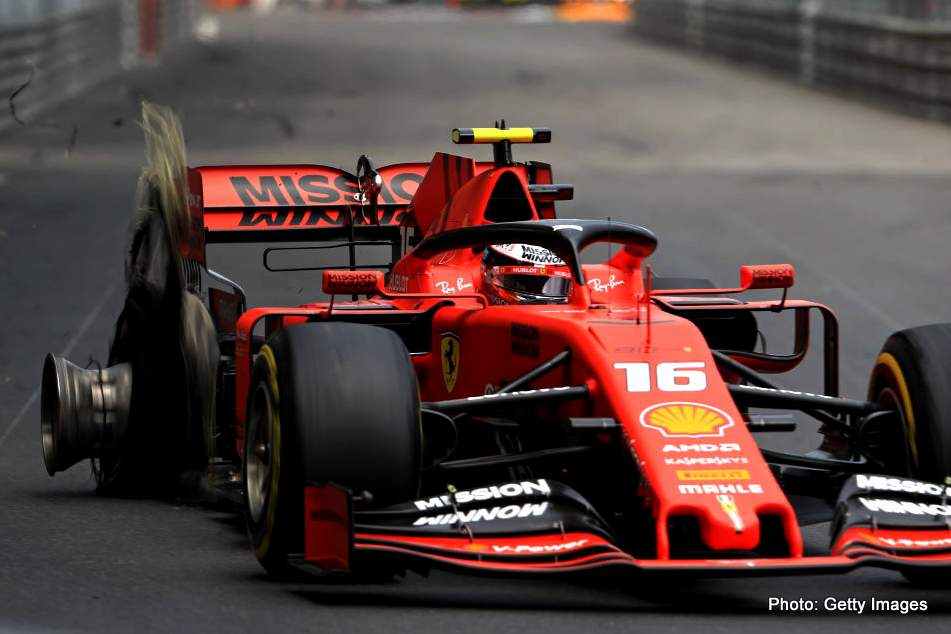 After his qualifying was messed up by his team on Saturday, Charles Leclerc had vowed to take risks in his home Monaco Grand Prix and the young Ferrari driver was at least true to his word on Sunday.

Unfortunately for the 21-year-old, they did not bring the reward he had hoped for. Leclerc ended up as the only retirement of the race, his involvement over before the field had completed a quarter of the distance.

“I wanted to take risks… I obviously had to take risks,” the disappointed youngster, who had been fastest in Saturday’s final practise, told reporters after starting in 15th place.

The lowly grid position was a consequence of a Ferrari strategy blunder on Saturday, with the Italian team deciding not to send him out for one more lap in the first phase of qualifying.

With Prince Albert watching events unfold, Leclerc was left in the bottom five and with no realistic hope of matching the only Monegasque to have stood on his home podium, third-placed Louis Chiron in 1950.

He was still in a feisty mood early on, passing McLaren’s teenage rookie Lando Norris on the inside of the hairpin and then muscling past French veteran Romain Grosjean’s Haas at Rascasse.

When Leclerc then tried to do the same to Renault’s Nico Hulkenberg, the German left him less room and the Ferrari clipped the wall on the right side and picked up a rear puncture.

The tyre shredded, leaving the Monegasque limping home on a rim and damaging the Ferrari while scattering debris on the track, bringing out the safety car.

“It was impossible to drive at a normal pace. I think the damage was too big,” Leclerc said. “We tried to do a change with the front wing to try and compensate for the lack of downforce we had because of the damage, but it was just not enough.”

Despite a boyhood longing to race around his home circuit, the streets have not been kind to him. He crashed out last year on his home debut with Sauber (now Alfa Romeo) and retired in Formula Two’s 2017 race while leading.

Asked how he would cope with the disappointment, Leclerc remained stoical, “I just get on with it. At the end I cannot change it any more so it’s just how it is. It’s a shame it happens at home and especially on a track like Monaco.”