Honda: First time we had four cars in top eight since 1991 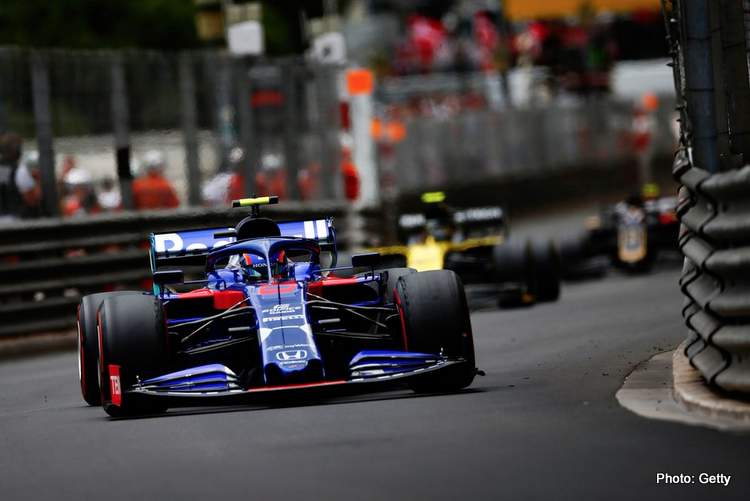 A productive and tense Monaco Grand Prix saw all four Honda-powered cars finish in the top eight after a strong race performance.

Max started from third place and attacked for second on the opening lap, before a quick pit stop during a Safety Car period gave him the chance to get ahead of Valtteri Bottas.

The stewards deemed the release from the pit stop to be unsafe and Max was handed a five-second time penalty, but spent the rest of the race attacking Lewis Hamilton for victory. A big attempt with three laps remaining saw Max try and pass on the inside of the Nouvelle Chicane out of the tunnel, but light contact saw the two leaders continue in order, and with a close field at the chequered flag Max was relegated to fourth by his penalty.

Excellent strategy from both Aston Martin Red Bull Racing and Toro Rosso ensured the strong haul of points, as Pierre rose from eighth on the grid following a penalty in qualifying to finish fifth.

The Safety Car period happened on lap 10, and while the top six all opted to pit, Red Bull kept Pierre out on track, allowing him to rise to fifth and run at his true pace. After making his stop much later in the race, Pierre remained a comfortable fifth and opened up enough of a gap to pit for soft tyres with 16 laps remaining and secure the extra point for the fastest lap.

A similar strategy from Toro Rosso saw Daniil and Alex stay out during the Safety Car period and emerge in seventh and eighth respectively after their pit stops. Both appeared to have a pace advantage over Carlos Sainz in sixth but with overtaking so difficult in Monaco were unable to pass him, still picking up 10 points for the team.

Toyoharu Tanabe, Technical Director: “A strong performance resulting in all four cars finishing in the points, in the top eight. However, it was a real shame that Max got a penalty. Both teams performed strongly all weekend and managed the race strategy very well.”

“Now, we take a break from Europe and head to Montreal. The track there is very different to this one, so we will be working hard on our PU development before going to Canada.”