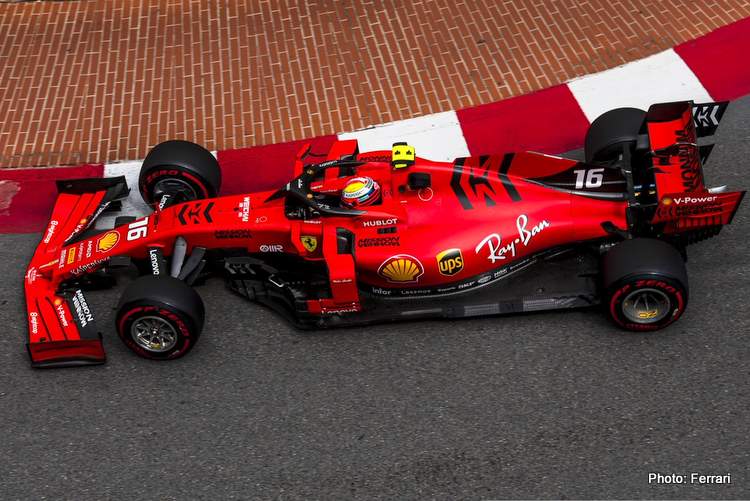 Ferrari driver Charles Leclerc surprised the pundits when he popped up at the top of the timing screens with about 20 minutes into the third and final free practice session of the Monaco Grand Prix weekend while teammate Sebastian Vettel crashed out early on in proceedings.

Leclerc had looked uncomfortable all of Thursday and even earlier in the session, but he put it together to go quickest of all with a best time of 1:11.265 which remained the best until the end of the hour-long session.

Early in the session, Vettel pranged into Sainte Devote when he ran out of grip before spearing into the barrier and damaging the front left side of his car.

Valtteri Bottas, second fastest, was five-hundredths of a second shy of the top time and two tenths better than Mercedes teammate Lewis Hamilton in third. No surprise if the world champs are merely keeping their powder dry for when it matters.

Next up were the Red Bull duo of Max Verstappen and Pierre Gasly, fourth and fifth respectively. The Dutchman in touch with Hamilton’s pace.

Alfa Romeo’s Antonio Giovinazzi also raised eyebrows with his performance to claim sixth place on the timing screens and Best of the Rest. he was a tenth of a second quicker than teammate Kimi Raikkonen in ninth.

Kevin Magnussen was eighth in the Haas.

With Daniil Kvyat (7th) and Alex Albon (10th) for Toro Rosso, Honda had all four of their cars in the top ten, Mercedes two, Ferrari four and Renault zero – Nico Hulkenberg and Daniel Ricciardo were 11th and 12th respectively. 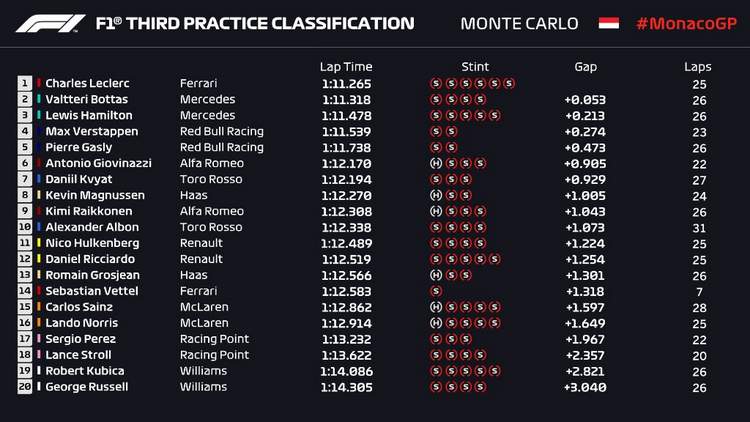