Honda: First time all four of our cars are in the top ten 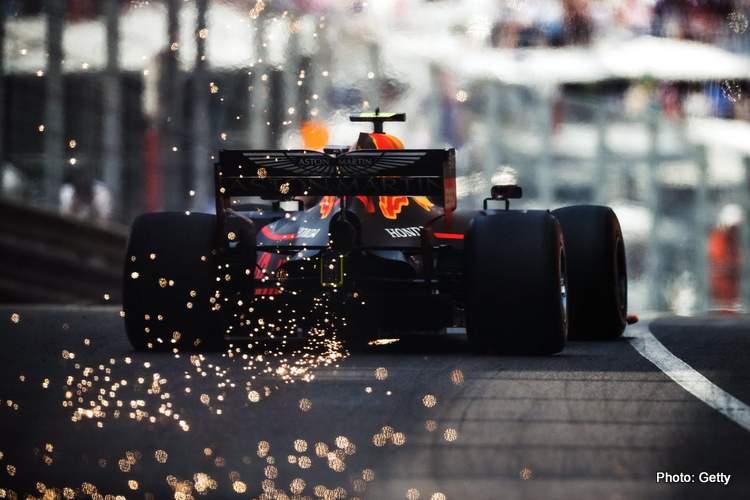 All four Honda-powered cars advanced to the final part of qualifying for the first time this season with a strong showing at the Monaco Grand Prix.

Aston Martin Red Bull Racing were in contention for pole position throughout the session, with Max setting the fastest time of Q2.

Struggling to get temperature in his tyres for his final attempt, Max eventually backed off and had to settle for third place behind the two Mercedes cars. Pierre also seamlessly made his way into the top ten shootout and will line up directly behind Max in fifth place on the grid, just failing to beat Sebastian Vettel by less than 0.1s.

After displaying encouraging pace throughout the weekend, Toro Rosso executed a clean qualifying session to ensure both drivers reached the top ten shootout for the first time this season.

Daniil was only 0.2s off Pierre’s time but the competitive nature of the grid means that translates into eighth place on the grid, while Alex made his first Q3 appearance and will start one row further back in tenth.

Toyoharu Tanabe, Technical Director: “Today’s qualifying performance puts us in a strong position for tomorrow’s race. It was the first time this year that we have had all four of our cars in the top ten and, for Max it was also his best qualifying result of the year. Well done to all the drivers and to the teams for producing competitive cars.”

“On the PU side, we found the right settings in terms of driveability, which is one of the most important requirements for this track. It will be a long race tomorrow and anything can happen over the 78 laps of this tight street circuit, therefore we must make sure we are ready to deal with any situation that might arise.”