Abiteboul: We’re level with Ferrari and Mercedes in the race 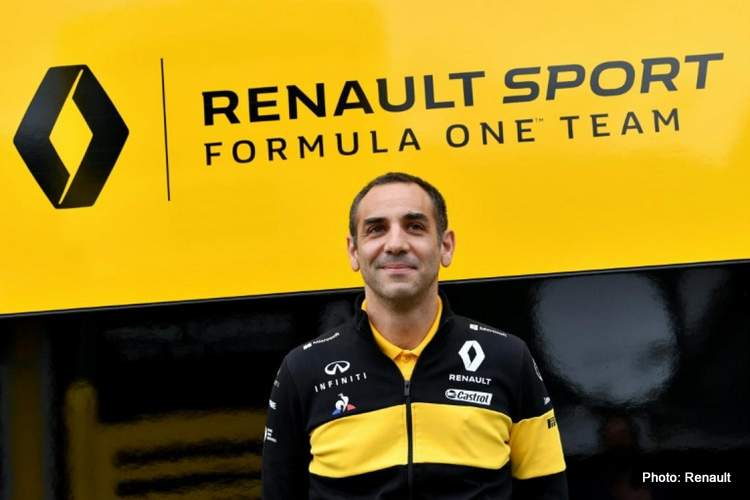 Daniel Ricciardo and Nico Hulkenberg can expect to be back on full power from Sunday’s Monaco Grand Prix after Renault fixed a fundamental engine problem that has slowed them in recent races.

Team principal Cyril Abiteboul told reporters the engine was now back at the level seen at the start of the season and Renault hoped to be able to match the top teams at least on power.

“There will be another step from this weekend onwards, so basically we are back to the competitiveness level of the engine at the season start, which was really strong,” he said.

“From our analysis, we see we are now the same level as Ferrari and Mercedes in the race, and behind Ferrari in qualifying.”

Abiteboul said Hulkenberg’s retirement in Bahrain, the second race, was due to a conrod (connecting rod) failure inside the engine that had meant a massive reduction in power for subsequent races.

A revised engine was introduced for Spain, the race before Monaco, but still with some restrictions pending assessment.

“In five weeks we managed to identify the problem…come up with a new design, source new parts, test the parts, sign off parts on complete cycles, and build new engines in enough quantity for ourselves and McLaren in time for Spain,” said Abiteboul.

Renault, fourth overall last season, had trumpeted a big step forward in engine performance over the European winter but the boss said reliability had been sacrificed.

“This winter we were given the opportunity to properly focus on power gain, and competitiveness. What it meant was we consciously decided to focus on performance to the detriment of reliability,” he explained.

“It means that a number of engines that should have been used on the dyno to secure reliability were actually used to develop performance. So what it meant was a very good start in terms of engine power, but reliability that was below standard.”

“We didn’t really have a back-up plan, but at the same time I can say that it was a blow for the organisation that meant some containment measures after the race that was massively reducing the power that was delivered for the following races,” he said.

The problems have had a big impact on track, with Renault eighth out of 10 teams while new signing Ricciardo, last year’s winner for Red Bull in Monaco, has finished only once in the points.

On the chassis side, Abiteboul said Renault were still playing catch-up.

“We’ve grown up massively in Enstone, moving from 450 to 750 (people), but frankly our practices, our organisation, our processes are the same today as they were when we were 400, or even as we were maybe back in 2005,” he said.

Organisational changes have been made and the team have targeted next month’s French Grand Prix at Le Castellet for signs of clear progress.

“We are committed by Paul Ricard to have all the problems and all the delays that have been hurting us at the start of the season sorted out,” said Abiteboul.

“Our collective response to the situation is to come up with sufficient lap time improvement to put us clear of the midfield, which was our target for the season.”

Big Question: Where is Cyril getting his figures from?