Wolff: Much more difficult to have lost a friend 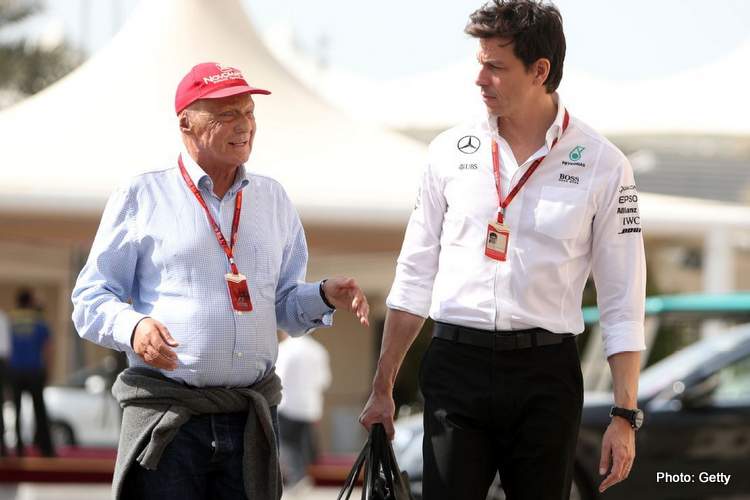 While it has emerged that Niki Lauda’s family and inner circle were as ready as they could be for his passing, Mercedes F1 boss Toto Wolff opened up in a heartfelt media session on what the loss means to him personally and the World Champion team.

During his first press conference since the news of the Formula 1 legend’s death earlier this week, Wolff spoke to reporters, “It’s not an easy situation to try to go back to racing, especially not in Monaco with so much media attention.”

“In front of all of you trying to keep it together emotionally when speaking about a friend. This is what matters most and what hurts the most.”

“It is one thing that the world and the community has lost the biggest icon, but it is a totally different and much more difficult situation to have lost a friend.”

“We have been missing Niki in every single race at the end of last season, when he fell ill, and at the beginning of this season, but being faced with him not being anymore among us.”

“For me personally, to not be texting with him anymore or speaking after the weekend, receiving his feedback and having him as a sparring partner is the most difficult,” concluded the man who along with Lauda at his side have built the mightiest F1 team in the history of the sport.

Meanwhile. in the wake of Lauda’s death, his surgeon Doctor Walter Klepetko revealed that the 70-year-old’s demise was inevitable in the wake of his lung transplant last year.

Klepetko told Bild, “It was obvious since the beginning of the year. The Christmas holiday in Ibiza did him good, but then came the flu infection. In recent weeks, there have been clear steps backwards.”

He added, “There is no cause of death. It was a long process, in the end, involving a clear decision from everyone. At some point, you have to let go.”