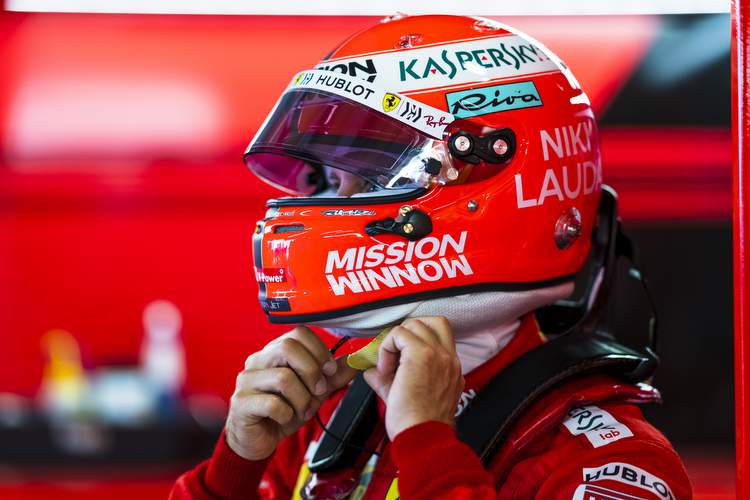 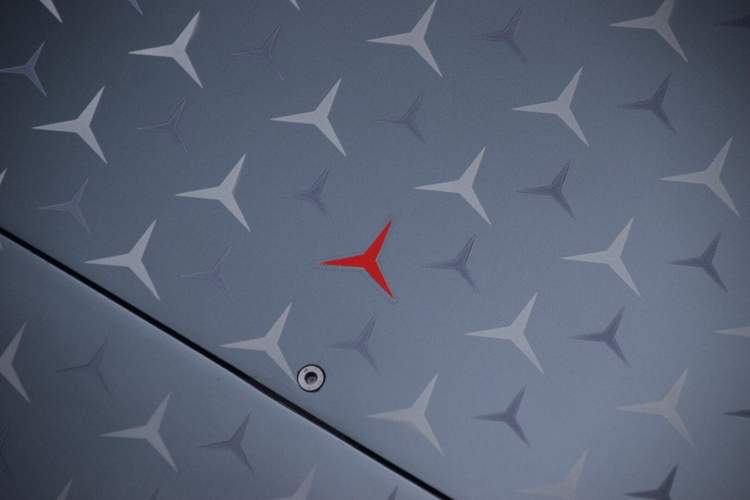 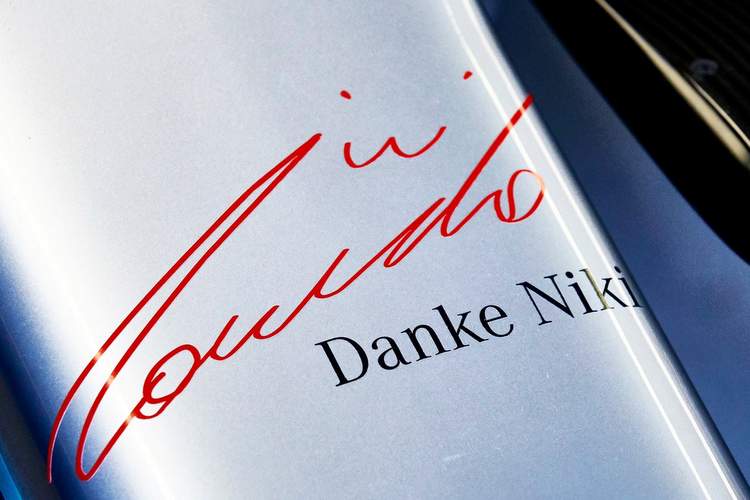 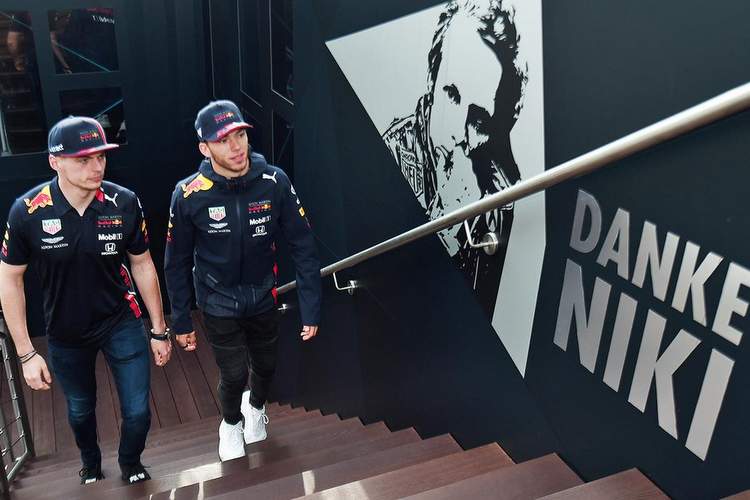 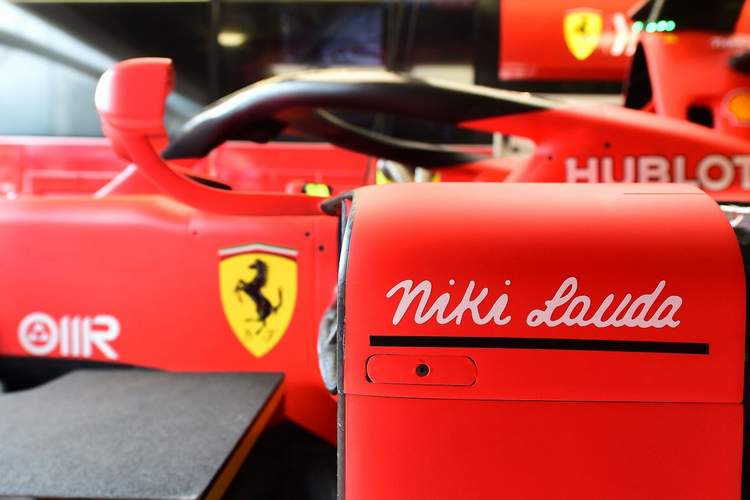 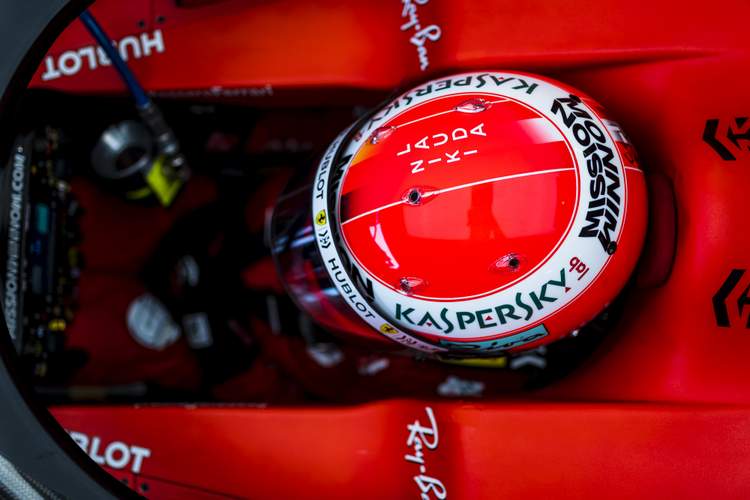 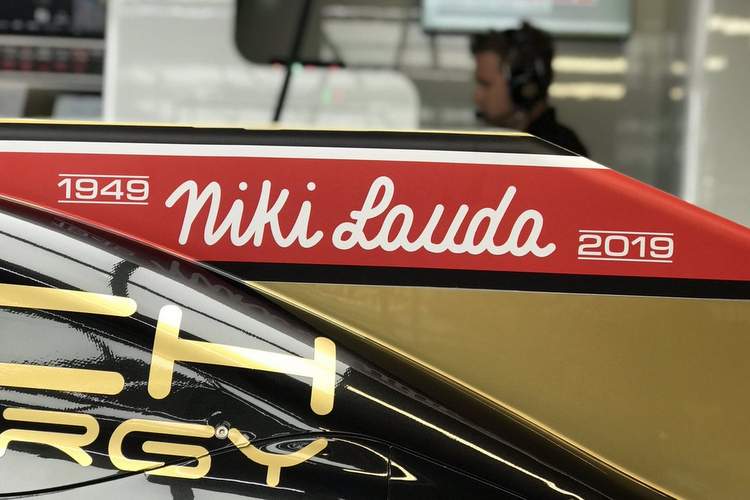 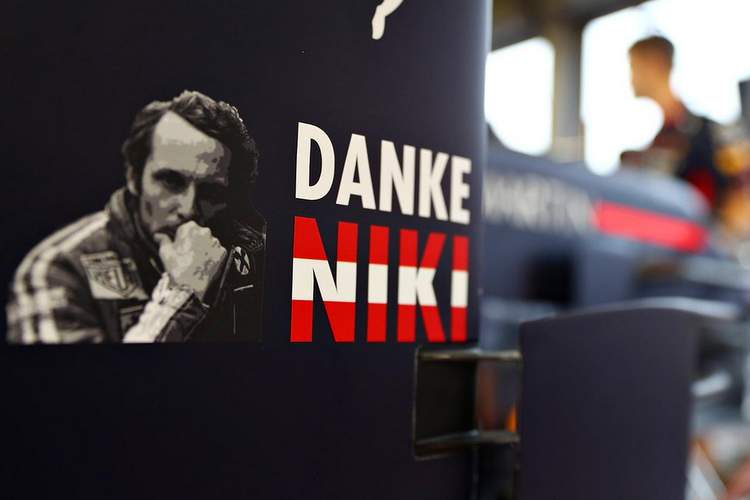 Poignant tributes to Niki Lauda, including a solitary red baseball cap left hanging on his earphones peg, were all around the Mercedes team motorhome and their cars on Thursday morning as practice began for the Monaco Grand Prix.

On a dry and hazy morning in the Mediterranean principality, the cramped harbourside paddock was in sombre mood as Formula 1 honoured the Austrian, who died overnight Monday aged 70.

Like Mercedes, where he was a larger-than-life figure on the pit-wall as the team’s plain-speaking non-executive chairman, and Ferrari, with whom he won his first two championships, McLaren were also honouring the memory of the man and where he won his third drivers world title.

The Ferrari SF90 cars ran with a decal marking his time with them in the form of a replica graphic of his name as used on the side of the cars when he raced for the team from 1974 to 1977.

It was underlined in black as a sign of mourning.

Sebastian Vettel, the four-time champion who is a keen historian of the sport and was close to Lauda, wore a special helmet livery reflecting the famous red one the Austrian used in his racing career.

Mercedes marked the passing of the man who was instrumental in persuading Lewis Hamilton to join from McLaren with a red star, Lauda’s signature and a message of thanks ‘Danke Niki’ on their cars.

“As you can imagine, this is a very difficult time for the team, for all of us, and it is very difficult, most importantly, as a friend,” said team boss and fellow-Austrian Toto Wolff.

“It’s not an easy situation to try to go back to racing especially not in Monaco with so much media attention.

“I am trying to keep it together emotionally in speaking about a friend. This is what matters most and what hurts the most. It is one thing that the world and the F1 community has lost the biggest icon, but it is totally different, and more difficult, to have lost a friend.”

Speaking to reporters ahead of Thursday’s practice, Wolff asked the news media to respect the team’s emotions as they continued racing “as Niki would have wanted us to do nothing else”.

“The biggest icon that we had. My emotions are so overwhelming as a friend. The 48 hours have been terrible. I feel like a zombie – I keep looking at the pictures and find myself with tears in my eyes every half hour because he’s not here anymore.

“This isn’t easy. There’s a huge black cloud and there is someone who is so dearly missed in this team and in F1. I feel we’ve lost the heart and soul of Formula One.”

Vettel not only sported a near-replica Lauda helmet, but revealed also that, after learning of his friend’s lung transplant operation last year, he wrote a letter that he described as being “a great pleasure” and “full of fine words.”

Other teams including Red Bull, Toro Rosso and Haas carried tributes on their cars as championship leader and defending five-time champion Lewis Hamilton set the pace.

The Briton was excused from appearing at a routine pre-event news conference on Wednesday due to his emotional condition following Lauda’s death, his place being taken by Silver Arrows team-mate Valtteri Bottas.

The pair swapped fastest laps to stay ahead of the chasing pack as Mercedes sought to extend their record breaking run of five one-two season opening triumphs to six at this weekend’s classic blue riband street race.