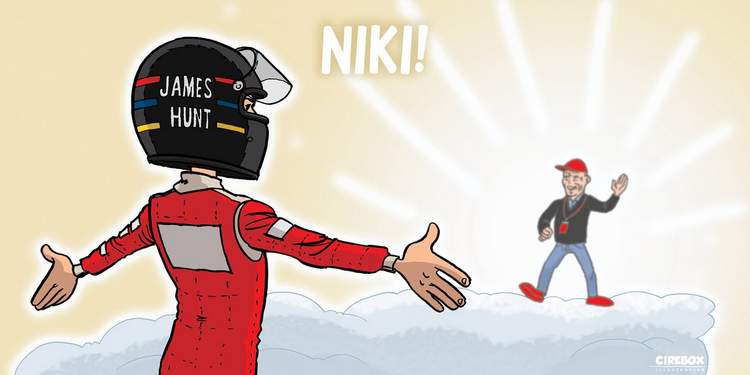 A week that saw plenty of news both in and around F1 circles, unfortunately, all of it was overshadowed by the passing of a F1 legend.

Alonso’s Indy Disaster: Half a year removed from their disastrous partnership in F1, it seems that hasn’t stopped McLaren from once again failing Fernando Alonso.

Failing to qualify for the 2019 Indy 500, the Spaniard’s triple crown quest will have to wait at least another year, and while he did himself no favours with his shunt in practice last Wednesday, the ensuing reports and firing of Bob Fernley should tell you all you need to know about the competence of the team around him.

McLaren simply weren’t capable of giving Alonso a car worthy of his abilities, and it seems if he wants one for 2020, he’s probably better off looking elsewhere.

Montoya the Lance-Whisperer?: A bit of news that definitely came out of left-field, reports after Barcelona suggest Juan Pablo Montoya has been brought on by Racing Point to be Lance Stroll’s “mental coach”.

A seven-time race winner, there’s no denying Montoya knows how to drive a F1 car, but I dunno, the guy responsible for this video doesn’t seem like a picture mental stability – then again, maybe a bit of over-the-top aggression is exactly what Stroll needs?

Williams Sign Jamie Chadwick: A series that was met with mixed reactions at its inception, W-Series already has its first success story with championship leader Jamie Chadwick joining the Williams Driver Academy. Whether or not it actually leads to a F1 drive, it’s a massive win for a series that promoted itself on creating exactly these sorts of opportunities for its drivers, and marks another step forward for women in motorsport.

Arrivabene Breaks His Silence: Speaking publicly for the first time since he was sacked as Ferrari team principal in January, Maurizio Arrivabene was… surprisingly conciliatory towards his old employer. Encouraging “patience” and “support to the whole team”, Arrivabene is either a much nicer guy than he was given credit for, or he has a future as a diplomat, because with the current state of affairs, he should be crowing from the rooftops while doing backflips.

RIP Niki Lauda: When it comes to discussing “legendary” F1 drivers, there are many names you can mention: Fangio, Clark, Senna, Prost, Schumacher, Hamilton, and the list goes on, and yet if the conversation turns to legendary human beings in the sport, it must start with Niki Lauda.

In his three world championships, his impossible comeback from the burns he suffered at the Nurburgring, and his always-appreciated “no BS” approach to affairs in the paddock, he was as remarkable a man on-track as he was off, and it is with great certainty we can say we’ll never see his like again. Ruhe in Frieden, Niki.