Inside Line: Formula 1 lost a piece of its soul today 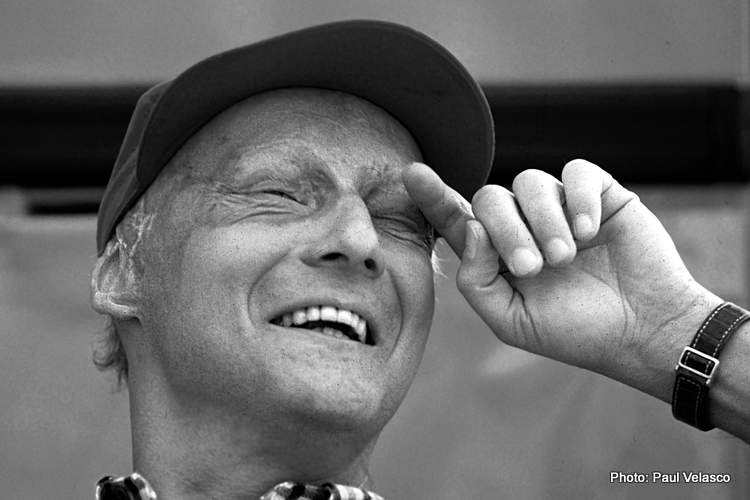 My Good Friend Joao called me at 7am Berlin time and I knew something was wrong. He broke the news that Niki Lauda had died.

I was dumbstruck but automatically put the report out there for our readers which Associated Press had compiled in the few hours after Niki had passed. Even my non-motorsport wife was stunned, and all I could say to her was: “I have known Niki all my life…”

Like most, I did not know him personally. But I did have the good fortune of showing James Hunt’s McLaren to Niki during a visit to Dubai Autodrome several years ago. And of course, I had the privilege of photographing him during the years I followed F1, and also before that when Formula 1 visited Kyalami.

Truth is, I don’t remember motorsport in my lifetime without Niki Lauda. The ‘SuperRat’ as he was affectionately known. His story is that of legend – in his lifetime and beyond – and rightfully so it has been told often, most memorably immortalised and put into the mainstream consciousness by the well made ‘Rush’ movie covering his duel with James Hunt for the title in 1976.

Delving into his greatness as a race driver are column inches for another time. We will be remembering Niki forever on these pages as we try to do with Ayrton, Gilles, Roland, Jules and the countless of our other legends that have perished after thrilling us for so many years and in so many ways.

Niki’s story would cover volumes and it will.

For now, in a tiny nutshell I remember him as the driver you could not dislike or discount. He charmed his way into the collective admiration of F1 fans with the great tale of taking a loan to get into the top flight, which he did.

After modest spells with March and BRM he was suggested to Enzo Ferrari by Clay Regazzoni and the rest is history as he led the renaissance of Ferrari under the watch of Luca de Montezemolo, winning F1 world titles in 1975 and 1977. The 1976 title might have been his had he not suffered the accident that nearly killed him at Nurburgring.

He left Ferrari to join Brabham until one day he unashamedly stepped out of the car and said he was fed up “driving around in circles” and left F1 for what turned out to be a sabbatical.

He disappeared to build an airline empire, then came back to win his third title in 1984 with McLaren under Ron Dennis.

After retiring from the top flight in 1985 he had management roles with Ferrari and Jaguar before being roped in by Toto Wolff and Mercedes to build what has now become the mightiest team in the history of the sport.

All this time Niki never changed and remained well respected even if some of his early F1 exploits on the managerial side did not live up to expectations. But with Mercedes, he found his true calling beyond the cockpit. And the success, of course, followed and continues.

For media, he was a godsend as whatever he said mattered, whether you agreed or not. As a straight shooter, he was never shy to give his opinion and for that he will be sorely missed.

His absence leaves an unfillable void in the F1 world, the bravest sportsman of all time, the most-straight talking guy in the paddock, the man who saved Ferrari or the man who helped make the Mercedes F1 team what it is today – all cliches and headlines that will be well used in following days. Remarkably, all true.

When dazed words are not easy to come by, however not much more to add, except sincere condolences to his family, his friends and everyone in the Mercedes F1 team who were touched by his marvellous legacy. I feel immensely for those who knew him well and wish them well in their time of grief. And I know GP247 readers feel the same.

In closing, I shed a tear on hearing the news this morning, for me it felt as if Formula 1 lost a big piece of its soul today.