Report: McLaren’s incompetence has been breathtaking 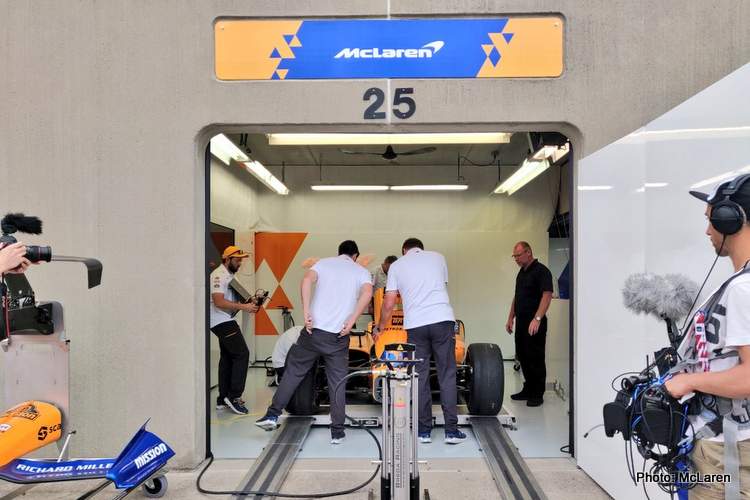 Stateside media have slammed McLaren’s Indy 500 effort this year describing it as a shambles, the team set up to tackle one of the toughest and most famous races in motorsport did so with scant respect for the effort it takes to succeed at the Brickyard.

Furthermore, it has emerged that Zak Brown’s team were not prepared for the challenge despite having bigger budgets than many of their rivals who will be on the grid this Sunday.

Indianapolis Star reporters Gregg Doyel and Jim Ayello have ripped into the team – headed by former Force India chief Bob Fernley – that was set up late last year with the goal of taking Fernando Alonso to Indianapolis as part of the final leg of his Triple Crown of Motorsport quest.

Instead, the Spaniard failed to make it on to the grid for the 103rd running of the fabled race, then refused his team to buy a seat from a qualified driver and they then fired Fernley for the catastrophe.

In an opinion piece for the IndyStar, Doyel wrote: “This whole effort has been beneath Alonso. Not his driving, not necessarily, but for sure the preparation around him, which turned strange Sunday morning when Alonso’s team turned the IMS paddock into a place of commerce, purchasing dampers for their car from Andretti Autosport.”

“Alonso’s entry into the 2019 Indy 500, his first time back since he finished 24th in his debut in 2017, was announced seven months ago, but it seems his team didn’t take it as seriously as they might have.”

“The results on Saturday and earlier Sunday speak for themselves, but people in Alonso’s camp were telling reporters quietly, not for attribution: We didn’t come prepared.”

Furthermore, Doyel questioned the effectiveness of the people recruited to make Alonso’s dream happen when he added: “The makeup of his team, experienced at IMS but not exactly an all-star crew befitting an all-star driver.”

“Remember, after working on Alonso’s car all night, his crew sent a car onto the track Sunday morning that was sitting too low, scraping the pavement, shooting sparks. They pulled the car from the track, made adjustments, and sent it back onto the track.”

“More sparks. The incompetence has been breathtaking, as is what happened during the rain delay Sunday. In one garage at IMS, James Hinchcliffe’s garage, it is quiet. His car is ready even if it was a road car basically 24 hours earlier.”

“Hinch’s crew reinvented the team’s backup car overnight after he crashed his main car Saturday, and now they are standing in a circle outside the garage, enjoying the sun. One of them is eating a slice of pizza.”

“Around the corner is Alonso’s garage. Much different scene at 3:25 p.m., roughly an hour before showtime. With a crowd of about 50 fans staring, one crew member is lying on his back under the front of the car, working feverishly.”

“Two are toward the rear, where the sparks were shooting. A fourth is on the side of the car, holding a wrench and asking a question: How long do we have?

“The first crew member, the one near the front, looks at his watch and says something. Here comes a fifth crew member. And a sixth. The area around Alonso’s car is an anthill of activity, and here comes a seventh guy from behind a wall. Now an eighth.”

Later Doyel described the tense moments as the Spaniard and his grim-faced team stared into the timing monitors to learn the fate of the orange #66 car, “Fernando Alonso is one of the most famous drivers in the world, and wait – the results are in. Kaiser has finished in 227.372 mph, third of the six drivers in the Final Row Shootout. Alonso is 34th. He’s out.”

In his column, Ayello wrote about Fernley’s departure, “His firing comes after a humiliating week for a proud racing team. Despite abundant resources and a two-time world championship driver, McLaren failed to find significant pace throughout practice.”

After his first quali attempt, Alonso admitted the team was “not ready for the challenge” of competing at the Indianapolis and added “our performance has been quite bad all week. Quite poor.”

Ayello also described how double F1 World champion pointed out “how quickly small-budget Juncos Racing was able to bounce back from a Friday crash – getting its car prepared for practice the following morning – while it cost McLaren its entire practice day Thursday before it was able to get Alonso back on track.”

Alonso lamented to media during the week, “We’ve been slow. You see (Juncos) crashing yesterday and being ready at 6 (a.m.). That’s impressive. For us, we’ve been a little bit slow. Slow on everything.”

McLaren sporting director Gil de Ferran, himself an Indy 500 winner, apologised to the fans, partners and to Alonso for the failure to make it onto the 33-car grid.

“Clearly, apologies weren’t going to be enough. There were always going to be consequences for a team like McLaren failing to qualify for the race when teams with much fewer resources managed to find their way. Ultimately, that failure cost Fernley his job,” wrote Ayello.

Big Question: Is this generation of McLaren bosses going to make the team great again?