Turrini: Ferrari lacks a leader, a real Capo, a point of reference 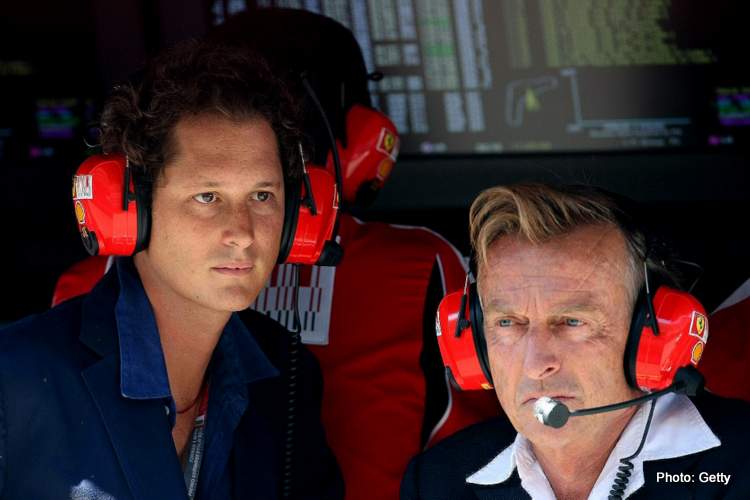 Leo Turrini is one of Formula 1’s leading authorities on anything to do with Scuderia Ferrari, the veteran Italian journo is a legend in his country as he writes in a manner that simply gets lost in Google translation.

Turrini who writes the Profondo Rosso – Deep Red – blog, is privy to many sources deep within the Scuderia and is a Tifosi through and through with no axe to grind beyond wanting the best for his team and that of hundreds of millions of F1 fans like him.

The analysis by our learned colleague is clearly from the soul of a man who lives and breathes the Scuderia and this is his take on what is wrong at Maranello. His first of what appears to be a trio of analysis’ is entitled “Journey into the Ferrari crisis: Power.”

And continues: “Ferrari lacks a leader, a real Capo, a point of reference. This is missing, it is not there. Who will Binotto report to tonight? To himself? to Elkann? Camilleri? (but then, who is Camilleri?). The truth is that .. there is no one.

“And with this mind we have can already start to understand everything. The problem is that the car has technical shortcomings, of which after six years we cannot get on top of and come to terms with.

“Now my question is: how is it possible? I mean, how can it be that after six years Ferrari haven’t managed to solve two fundamental problems?

“Which are the following:

I thus ask myself the rhetorical question, which is in short: You are Ferrari, you have all the resources of the world, the experience, the technical skills and… AND?

“And we are in the same place, the car we now know has understeer in slow corners. Is the car completely wrong? I’m not an engineer yet my reminiscences of karting drivers on Sunday suggest that it’s a problem of 1) set-up or 2) suspension.

“Of course, if it were a question of having to redo the front and/or rear suspension it would not be an easy task, but I don’t really see anything else that is more feasible.

“If you can’t make the tyres work, well find ways to make it happen. I have no idea what the solution is, but I like to believe that someone who earns hundreds of thousands of euros at Maranello, and has an engineering degree in his pocket, has an idea.”

“I will limit my field of observations and comparisons about the current Ferrari and I won’t mention Enzo Ferrari himself, as that was another world, but certainly Luca di Montezemolo and Sergio Marchionne were two ‘interventionist’ presidents worth noting.

“Montezemolo has a racing culture, at races he pushed for traditions with his typical passion. While Marchionne was seldom at Maranello, but he did oust his predecessor [Montezemolo] because F1 results were not forthcoming. Thus he was obsessed with results, and he was on it, hammering the team continuously for explanations and calls to action.

“But Elkann? How credible is the number one who goes to Baku and celebrates setting the fastest lap at the end of a bleak weekend?

“Neither Montezemolo nor Marchionne got their hands dirty with the day to day running but, on the other hand, if [Jean] Todt had a problem (with the FIA, with a tyre supplier, with a driver etc) he would call Luca knowing he would find an attentive interlocutor.

“And maybe Sergio was more fire and brimstone, but he listened to Arrivabene even if he mistreated him often and unjustly.

“Many know that I consider Montezemolo an extraordinary Ferrari president, for the results, emotion and passion he brought with him, even though the fact remains that even he made some very serious mistakes

“But Elkann? Someone will object me saying this: but for obvious reasons Elkann is a mere representative figure, the same thing with Camilleri who was chosen by shareholders.

“It must be understood that there is room for manoeuvre. [Camilleri] showed up at Monza [last year] declaring that Arrivabene was perfect and that everything worked divinely under the skies of Maranello when I knew that the crisis was of biblical proportions and four months later we know what happened.

“Meanwhile, back to who answers Binotto’s calls? Who is able to help him assess whether there is a need, for example, of human resources from outside?

“It is because of all the above that Ferrari are losing and losing badly, on the other hand, what is written above will not help Ferrari win.”