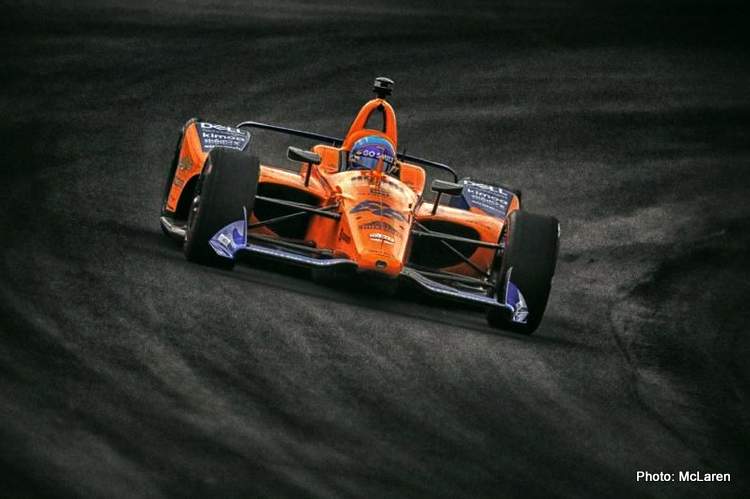 Fernando Alonso and McLaren missed the Indianapolis 500 after a 23-year-old American in a rebuilt race car for an underfunded team snagged the final spot in the field.

Kyle Kaiser bumped Alonso out of “The Greatest Spectacle in Racing” by .02 mph in the “Last Row Shootout” to set the 33-driver field. All the attention was on McLaren, which leaned on Andretti Autosport, Team Penske, Chevrolet and anyone who would help in an effort to get the two-time Formula One champion into the race.

Alonso made his final qualifying attempt Sunday on a cold track for an undermatched McLaren group and only had to beat three other drivers to make the race. It seemed he had enough until Sage Karam jumped to the top of the running order and Alonso fell to the bubble.

Max Chilton and Patricio O’Ward were both eliminated, and that left only Kaiser to keep the Spaniard out of the race. Nothing to worry about, right? Hardly.

Kaiser turned four nearly flawless laps to claim that final spot. Alonso, swarmed by fans and media as he tried to watch Kaiser’s qualifying lap, saw the final speed, hopped on a waiting golf cart and was driven away.

“I don’t think I can wrap my mind around what we just did,” Kaiser said.

Karam and James Hinchcliffe, who crashed in Saturday qualifying and needed a backup, took the other two qualifying spots.

Juncos Racing had everything stacked against it this week. The team lost both its primary sponsors right before Tuesday’s opening day but Kasier still managed to find decent speed. Then he crashed in Friday practice and destroyed the Juncos car. The team worked overnight to have a backup prepared in time for the start of Saturday qualifying, but Kaiser found himself in the bottom six and had to shoot it out Sunday for his spot.

The Juncos plight was compelling, but dwarfed by the McLaren odyssey.

McLaren last raced in the Indy 500 in the 1970s but is back this season to both help Alonso complete his quest to win motorsports’ version of the Triple Crown and as a feeler for a potential full-time IndyCar team. But the entire process has been a disaster from opening day because of electrical issues, an Alonso accident, a lengthy delay in rebuilding him a car, a tire puncture on his first qualifying attempt, and, finally, a car too difficult to handle for Alonso to qualify in the top 30 on Saturday.

McLaren head Zak Brown acknowledged the stress after the team tried a completely different setup in Sunday morning practice. But McLaren was about 10 minutes late getting on track, the rear of the car dragged and sparked and had to return to the pits after one lap.

The team got a total of six laps in before rain shortened practice, and McLaren spent a lengthy delay negotiating for parts from Andretti and advice from Penske and Chevrolet. Alonso was presented with a setup he had never felt when it was his turn to make his qualifying attempt, and it was his smoothest run of the week.

It just wasn’t fast enough Alonso conceded, “I think the car felt better but obviously it had no practice. It is not enough. It is just the way it is. We tried our best.”

Big Question: Where did it go wrong for Fernando and McLaren?