Racing Point: We have an almost new car coming 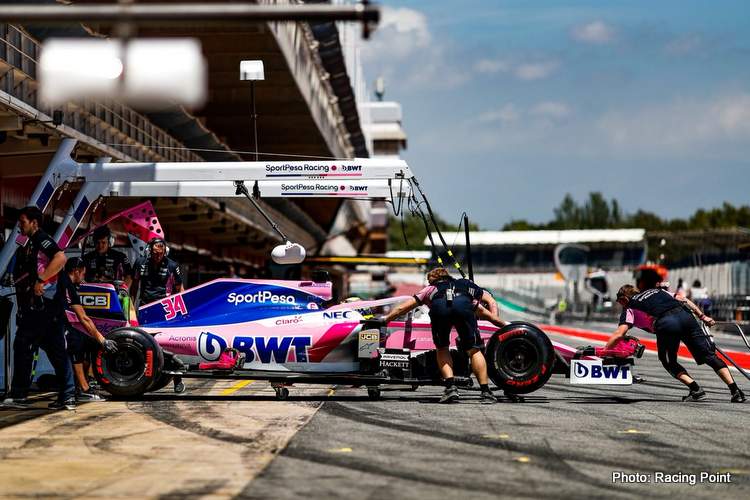 There is a saying in motorsport: if at first you don’t succeed throw lots of money at it… This appears to be the thinking at Racing Point as they strive to reverse a woeful start to their season – they were only better in the pecking order than beleaguered Williams after the Spanish Grand Prix weekend.

The team that always over-delivered during the uncertain times of Vijay Mallya’s Force India, ironically, are now struggling to find the sweet spot as Lawrence Stroll invests further to make sure his son Lance has the best of the best. Right now the RP19 is even a handful for veteran Sergio Perez.

Motorsport Network report that a heavily revised car will break cover before Hungary, in an effort to halt the rot, quoting team principal Otmar Szafnauer who said, “This is a big one and the aerodynamic philosophy changes as well, so it’s a big thing. We have to try and get it in asap, hopefully before Hungary.”

The team boss explained away the problems that may arise with a midseason change of direction with their package, “It’s not a risk, no. I think other people are already doing what we’re trying to do. A lot of things will change – it’s a big mass flow rate of air change. Directionally it’s the right thing, and it’s something that will also continue to help improve the car forever.”

Technical director Andy Green confirmed, “We have some new parts coming, almost a new car coming, before the summer shutdown. Hopefully we’ll address some of the issues that we tend to have at this type of circuit.”

As for the problems he explained, “It’s just the length of the corners. A 180-degree corner, we tend to use too much of the tyres, we can’t keep a good balance for the whole of the corner.”

“We are still playing catch up to a certain extent, but we’re not stopping, that’s the beauty. We’re not going to stop learning now and focus on something else, all the ideas we’ve got keep on developing.

“They’re all coming through, update after update. I don’t think we’ll catch up fully until the new car. Next year is a ground-up new car,” added Green.