Marko: A second-class F2 driver showed how good Mercedes is 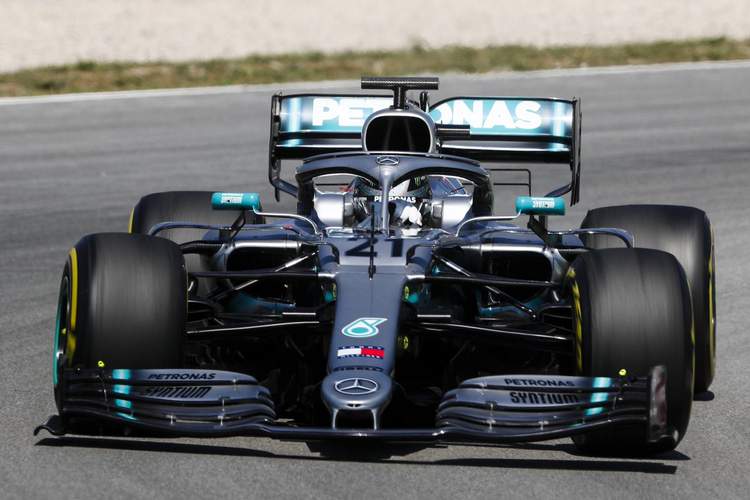 The superiority of the mighty Mercedes W10 was made evident when inexperienced Formula 2 driver Nikita Mazepin climbed into the car for the first time and ended the session fastest of all on Wednesday.

The Russian driver did a solid job in the cockpit, racking up 128 laps – more than any other driver on the day -with a best lap time of 1:15.775 which compares to Valtteri Bottas’ best effort of 1:15.551 set a day earlier, in similar conditions.

This, of course, did not go unnoticed by sharp-tongued Red Bull consultant Helmut Marko who told Auto Bild, “The fact that a second-class Formula 2 driver can immediately fastest in the Mercedes show how more superior it is. More superior than ever.”

Mazepin, who finished second in the 2018 GP3 Series, has not had the best of starts to his rookie F2 campaign but it still early days.

In another case of ‘billionaire-funds-drive-for-son’ scheme, which is trending in the top flight, Mazepin is on the Mercedes radar most probably because his father is funding a full private testing programme in a 2016 car with the World Champions.

A similar strategy used by billionaire Lawrence Stroll with his son and Williams.

Mazepin senior has gone one (or two) better by enlisting Mercedes to mentor his son and groom him for F1. He is scheduled to have five test sessions at a reported cost of €10-million.

On the subject, Marko wasn’t finished, “What surprised me was that Mercedes did not even try to hide it and didn’t prevent Mazepin from setting the best time of the day, so the superiority is very clear now.”

The same thing happened in Bahrain during in-season testing, early last month, when George Russell also topped the timing screens after his day-long stint in the W10, having spent the race weekend at the same venue, four seconds off the pace in the woeful Williams.

However, the F2 Champion had tested for the world champs before and would have been far better prepped for his feat in Bahrain than Mazepin who was in the car for the first time in Barcelona a couple of days ago.

Looking ahead to Monaco where the F1 circus heads to next, Mercedes have often played down their chances around the twisty confines of Monte-Carlo, the longer wheelbase of their car supposedly hinders their drivers.

Nevertheless, stats show that the Silver Arrows have won four times at the Principality since 2013 however have not been on the top step for the past two years.

Now, they head there seeking a remarkable sixth one-two in the first half dozen races of this season. The W10 may just be the very best of a family of superb F1 cars Merc have produced since their relentless dominance began in 2014.

Last year Red Bull won the Monaco Grand Prix with Daniel Ricciardo, but Marko believes it will be hard to emulate the feat this time around, “Although the Mercedes has the longest wheelbase, their advantage there will be even bigger, they’re true traction monsters and that’s the nuts and bolts of Monaco. We’ve found something, but it’s not enough.”

“If Ferrari can not generate downforce and traction, they’ll probably only finish sixth or seventh in Monaco, but their weakness was evident in the last race in Barcelona, ​​which is most reminiscent of Monaco, their engine is very good but they lacked downforce and extreme traction,” explained Marko.

Big Question: Why not put simracer Brendon Leigh in the W10 and see how he goes?